911 call: 'I just drowned my two daughters in the lake' 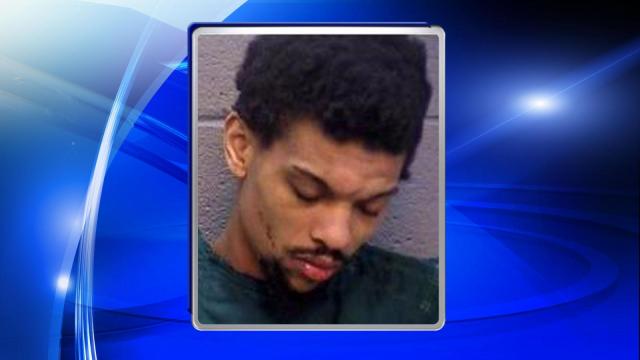 Durham, N.C. — In an emotional, 8-minute call, a Raleigh man tells a 911 dispatcher that he tried to drown his two daughters in a Durham lake because Child Protective Services "wanted to take them away from me."

Police say the man heard on the call, Alan Tysheen Eugene Lassiter, 29, threw his three children into the lake near Shearwater Drive shortly after 9 p.m. Sunday.

An off-duty Durham County sheriff’s deputy, David Earp, pulled two of the children – a 3-year-old girl and a 5-year-old girl – out of the water. Their 7-year-old brother was able to get away and run for help, police said.

Officers performed CPR on the girls until EMS arrived, and the girls remained hospitalized Monday. The 3-year-old is in critical condition and the 5-year-old is in stable condition. The 7-year-old boy is with relatives, according to police.

In the 911 call released Monday, the man sounds frantic and angry as he asks the 911 dispatcher to send police and an ambulance.

"I just drowned my two daughters in the lake back there … 'cause CPS wanted to take them away from me," he said. "I was dealing with some pedophilia things, OK, OK. I was dealing with some sexual desires that I was trying to get some help with, but instead they turned their back on me, the whole system, and tried to take my kids, and they took the rest of the, of the little happiness that I had."

"Y’all take this and learn from me. When somebody asks for help, really help them, OK? Because y’all didn’t help me," he continued. "You blame CPS for this. They (are) trying to take people’s kids over dumb (expletive), and this is what you get! All I wanted was help … They wasn't there for me. Nobody was there for me … Nobody helped me."

The manager at Lassiter's apartment complex did not want to be identified, but said the incident started with Lassiter walking around the complex saying that his child had been kidnapped. The manager was on the scene before authorities arrived and at one point she even took the phone from Lassiter to speak with the 911 dispatcher.

During the call, he asks the 911 dispatcher to have someone break the news to his wife.

"I need an ambulance out there (for her). She’s gonna be in shock," he said.

He also asks for help for his children.

"Please send an ambulance. My daughters are in the lake drowning," he said. "Did y’all find my son?"

Lassiter was arrested at the scene and placed in the Durham County jail under a $2.25 million bond. He is charged with three counts of attempted murder.

"Whether you have children or not, you're impacted by young lives that are placed in such a horrendous situation," Durham Chief of Police Jose Lopez said.

Lassiter's choice of the Audubon Lake area for his act was a mystery to police and to Dorothy Hockett, who lives there.

"I actually work at a preschool around here," she said. "It's actually frightening to hear something like that."