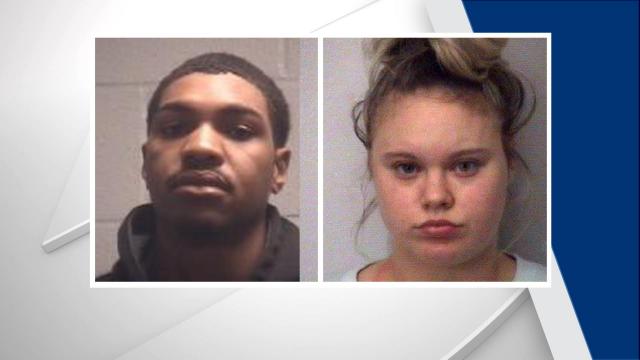 Shelby, N.C. — Police say a teenager who agreed to meet a man to exchange money for sex got shot and landed in jail Sunday.

The Fayetteville Observer reported that Harley Jean Angel, 17, made an arrangement on social media to meet a man Sunday morning at Americas Best Value Inn at 825 W. Dixon Blvd., according the Shelby Police Department.

Angel arrived with a partner, Brayon Triston Rhodes, 22, with the intent to rob the man she met online rather than complete the transaction, police said.

Angel and Rhodes were still in the car when the man fired one shot which hit Angel in the abdomen. He then fled the scene, and the woman crashed her car behind the motel, police said.

Officers determined that Angel and Rhodes intended to rob the mark of the money without going through with the agreed upon arrangement. The meeting place was determined because the alleged shooter reserved a room there.

Angel was only grazed by the bullet. She was later released from the hospital and she and Rhodes were booked into Cleveland County jail.

Both were charged with obtaining property by false pretense and conspiracy to do so. Angel is being held without bond, and Rhodes has a $25,000 bond.