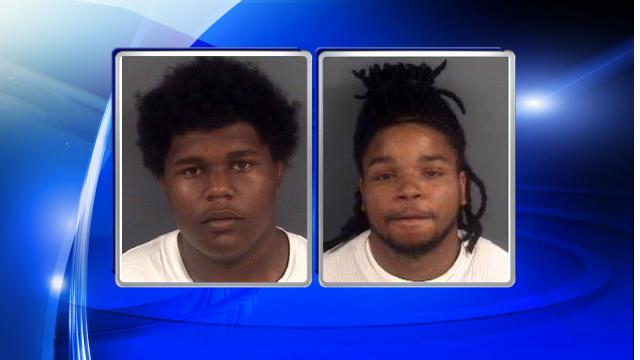 Fayetteville, N.C. — Two men have been arrested in a Wednesday shooting at a Fayetteville gas station in which a bullet grazed a man's head, police said.

Antwan Lamar Brown, 23, no address available, was charged with assault with a deadly weapon and was released on a $1,000 unsecured bond.

Police said an ongoing dispute between the men led to a shooting at the Day & Nite III convenience store, at 1711 Clinton Road, on Wednesday afternoon. Douglas Ray Smith, 27, was wounded in the incident and was treated at Cape Fear Valley Medical Center and released.

Smith was a passenger in Brown's car, and Brown is accused of accelerating toward Jones during the incident, police said.

Detectives are continuing the investigation and are seeking information from other witnesses who may have been in the area.

Anyone with information about the shooting is asked to call Detective L. Donegain with the Fayetteville Police Department at 910-489-4808 or Crime Stoppers at 910-483-8477.