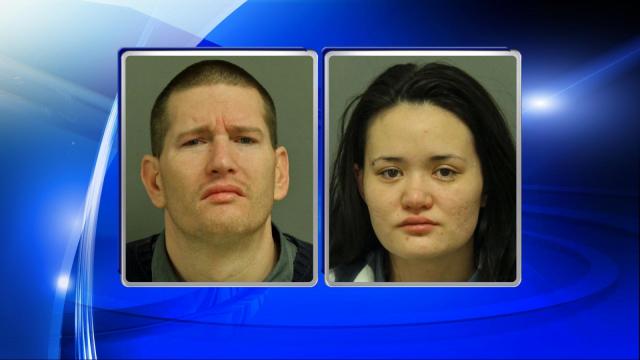 Apex, N.C. — A husband and wife were arrested Wednesday after an attempted bank robbery in Apex.

Apex police said officers responded to a report of a bank robbery at a Wells Fargo bank at 1100 Beaver Creek Commons Drive at 4:25 p.m. Wednesday.

Aaron Russell Wagoner, 36, of 2628 Arbor View Drive in Cary was arrested inside the bank and his wife, Hannah Wagoner, 22, of the same address, was arrested Wednesday evening.

Both were charged with common law robbery and were being held at the Wake County Jail.

Police said no weapons were involved in the robbery and no injuries were reported.