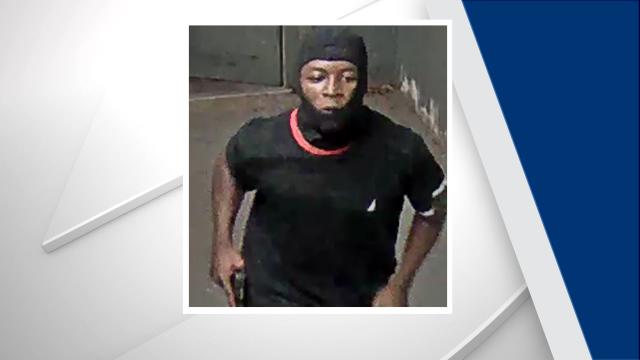 Fayetteville, N.C. — Authorities are searching for a man who ran through the Cross Creek Mall following an armed robbery last week.

Authorities said a victim was behind the BP gas station at 1899 Skibo Road at about 11:45 p.m. on June 13 when he was approached by an unknown man.

The man displayed a handgun and demanded money before fleeing in the direction of the Cross Creek Mall on a bicycle, police said.

The man was later seen on surveillance video running through the mall, wearing a mask and holding a gun.

The mall was closed at the time of the incident, but the man caused damage to a glass door, police said.