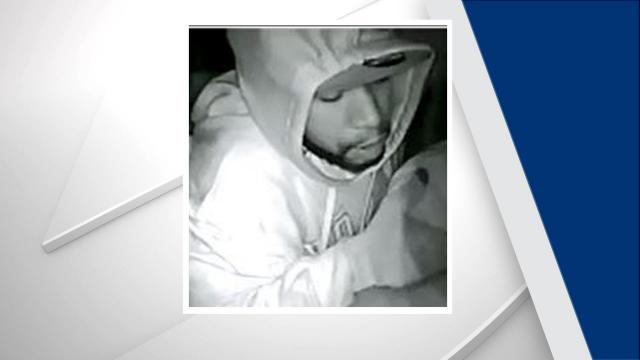 Durham, N.C. — Durham police are searching for a man who robbed a taxi driver at knifepoint last week.

Authorities said the man flagged town a taxi driver outside the bus terminal at 515 Pettigrew Street just after 7 p.m. on November 1 and asked to be driven to the 800 block of Faro Street.

When the taxi arrived at the final destination, police said the man put a knife to the taxi driver’s neck and demanded money before fleeing with an undisclosed amount of cash.

The man is described as being black with a dark complexion and medium build. He is 5 feet, 10 inches tall and is in his late 20s or early 30s. The man may have a gold or gold-plated front tooth, police said.

Police said the man was wearing a black, zippered hoodie with the hood up and red pants.