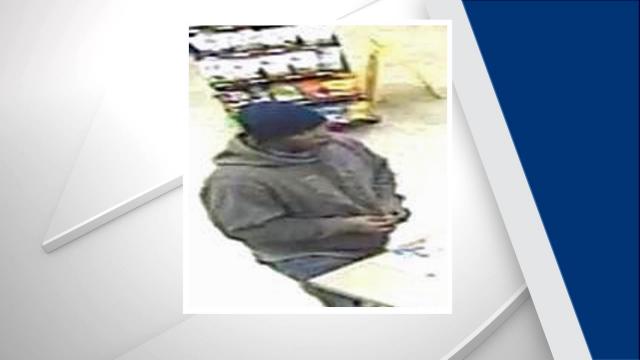 Authorities said the man walked into the Kangaroo at 2001 Skibo Road at about 3 a.m., grabbed a pack of crackers and went to the counter as if he was about to make a purchase.

When the clerk opened the register, the man pulled out a knife and demanded the register be left open, police said. The man then took an undetermined amount of money and a pack of cigarettes before fleeing.

The man is described as being about 5 feet, 6 inches tall and black with a scruffy beard. He is believed to be between 40 and 50 years old and was wearing a brown hoodie, light denim pants with a design on the back pockets, black shoes and a blue knit hat.

Authorities said there was no evidence to suggest the robbery is connected to a similar incident Friday night in Fayetteville, in which a man made a cup of coffee before stealing cash at knifepoint.