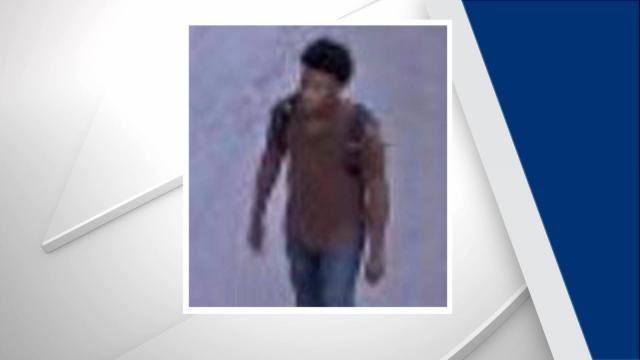 Raleigh, N.C. — Raleigh police are searching for a man who jumped into a woman’s car and robbed her at gunpoint last week.

Authorities said that a 22-year-old woman got into her SUV near the intersection of Big Cypress Court and Grey Paw Court at 7:15 a.m. on Sept. 16 when a man entered her vehicle’s passenger door and brandished a handgun.

The man robbed the 22-year-old of cash, directed the woman to drive away from the parking spot and took her cell phone as she complied, authorities said.

Authorities said several minutes later, the man directed the woman to drive back to the area of Big Cypress Court and Grey Paw Court and, as she was doing so, the man jumped from the car on Lineberry Drive and fled on foot toward Lake Wheeler Road.

We was last seen wearing a coffee-colored, collared shirt with blue jeans and a backpack.