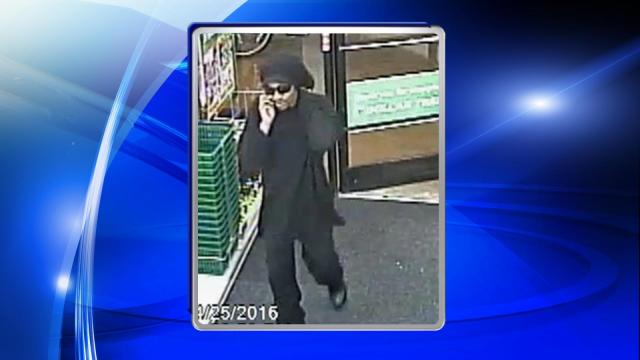 Fayetteville, N.C. — Fayetteville police are searching for a man who robbed a dollar store at gunpoint Monday night.

Fayetteville police said that officers responded to a Dollar Tree at 700 S. Reilly Road at about 9 p.m. in referenced to an armed robbery.

Authorities said that a man entered the store and approached the cash register as if he was going to make a purchase. The man then pulled out a gun and demanded money before fleeing the store on foot with an undisclosed amount of cash, police said.

The suspect was described as a black man who was about 5 feet 7 inches and 150 pounds. Police said the man, who is believed to be in his late 20s or early 30s, was wearing all black clothing, large, round sunglasses, and what was described as a “Rasta-style” hat.