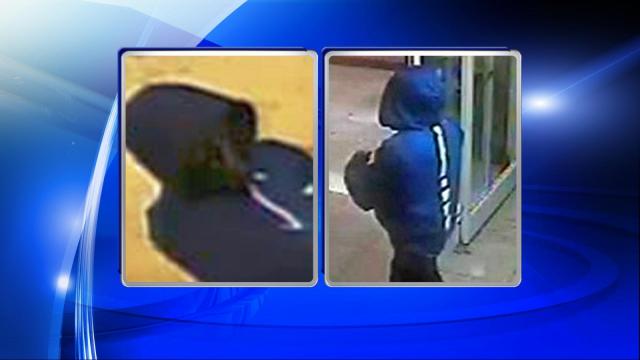 Raleigh, N.C. — Raleigh police are seeking public assistance in locating a man they believe is responsible for four armed robberies that took place in April.

Police said the first robbery occurred at the Little Sue’s Mini Mart at 430 Buck Jones Road on April 17 and the second occurred at a Days Inn at 6619 Glenwood Avenue on April 20.

Police said the third robbery occurred on April 27 at a Comfort Suites at 1309 Corporation Parkway and the fourth occurred at a Super 8 at 2501 S. Saunders Street on April 29.

During all four robberies, the man was armed with a handgun and wore a large, blue hoodie, authorities said.