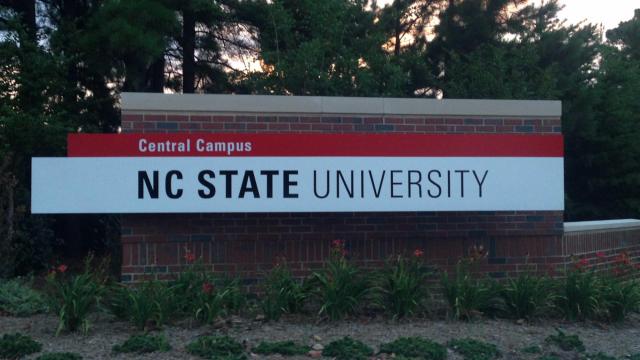 The student was walking on the sidewalk of Centennial Parkway near Oval Drive around 9:45 p.m. when a white, four-door sedan stopped near him.

A man wearing a black jacket and blue jeans demanded the student give him money.

The man was described as 5-feet-10-inches tall and about 200 pounds.

The man did not threaten the student with a weapon.

Police advised students to walk in groups whenever possible.

People can report suspicious activities or crimes on campus by calling the university police at 919-515-3000 or by calling 911.