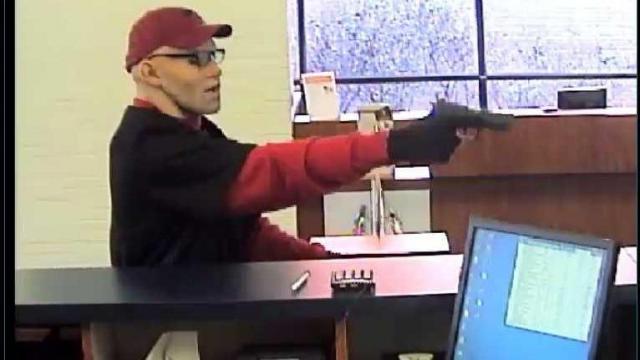 Authorities said a PNC Bank at 707 N. Chestnut St. was robbed by four people with guns shortly before 4 p.m. Nobody was injured, but the suspects stole an undisclosed amount of money and fled.

Shortly after the robbery, Lumberton police officers spotted the suspects in a gray Saturn and attempted to pull the car over when the suspects fled. In the midst of the chase, the suspects fired multiple shots at the officers, striking several patrol cars.

The men stopped their car, fired more shots and left the car at different spots along Old Whiteville Road in Robeson and Columbus counties. One officer returned fire, but it isn't known if any of the robbers were hit by gunfire. 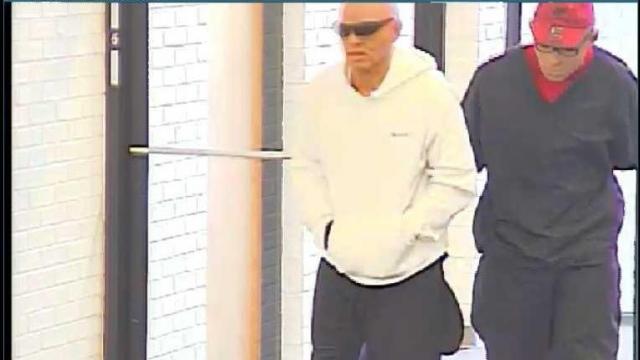 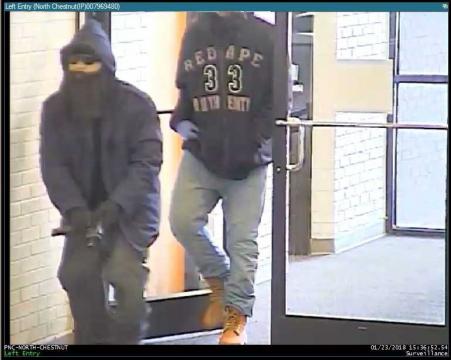 No officers were injured, authorities said.

The search for the four men involved continued Tuesday night and Wednesday.

Security cameras took photos of the suspects during the robbery, but they were wearing masks, disguises and long-sleeved shirts. At least two suspects wore masks, and another wore a fake beard.

The Highway Patrol, FBI, Columbus County Sheriff's Office and several other law enforcement agencies were assisting in the investigation.

The men should be considered armed and dangerous, authorities said.

Anyone who sees anything suspicious or recognizes the suspects from their clothing or mannerisms is asked to call 911 or the Lumberton Police Department at 910-671-3846.