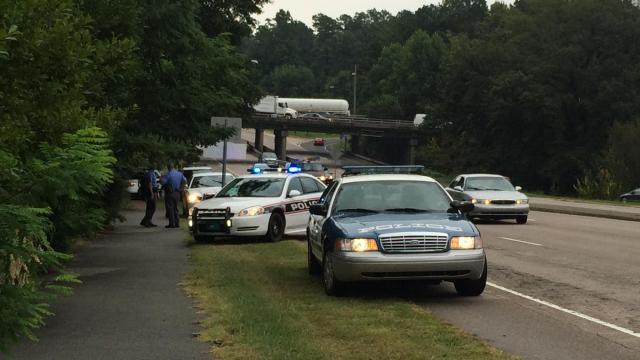 Raleigh, N.C. — Police were looking Thursday afternoon for the people involved in a shooting at a Raleigh Food Lion.

Police responded to reports of gunshots in the parking lot of the grocery store, on Western Boulevard near Whitmore Drive, at about 2:20 Thursday afternoon.

Witnesses told police that people in two cars exchanged fire and left the scene. No one was reported to have been hit by the shots.

Police said one person has been detained for questioning.