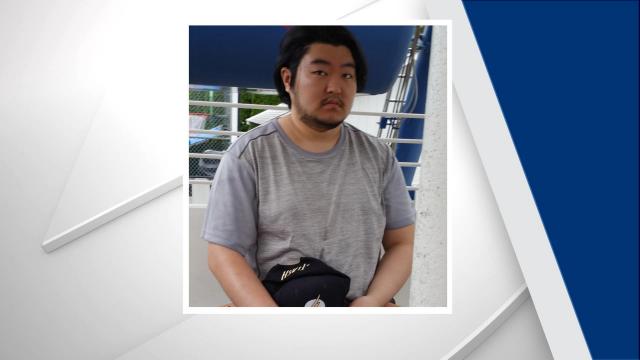 Raleigh, N.C. — Raleigh police issued a Silver Alert for a missing man who is believed to be suffering from dementia or other cognitive impairment.

Police described Kim, 25, as an Asian man with brown eyes and medium-length black hair. He is 5 feet, 9 inches tall and weighs about 220 pounds.

Kim was last seen wearing a black and gold ball cap with "Flash" written on it, a short sleeve black shirt and camouflage shorts.

Anyone with information about Kim should call the Raleigh Police Department at 919-996-3335.