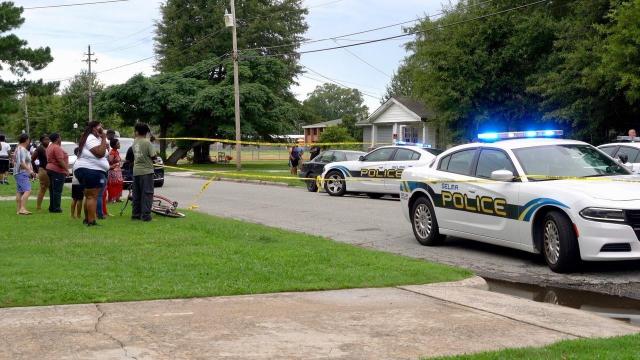 Authorities said the incident, which is being investigated as a homicide, occurred at about 5 p.m. at a home on West Preston Street in Selma.

Police said one person was killed, but did not release any details about a suspect or the events leading up to the shooting.

Photos from the scene showed that the home is directly across the street from a park. It is not clear if children were nearby when the shooting occurred.