Ri Ping Lan, 42, of 120 Palmdale Court in Holly Springs, was charged with human trafficking and promoting prostitution. She remains in the Wake County jail under a $250,000 bond.

Lan was arrested at Zen Massage, at 4021 Village Park Drive, which Knightdale police said was operating without a license. The massage parlor was locked shut on Friday. 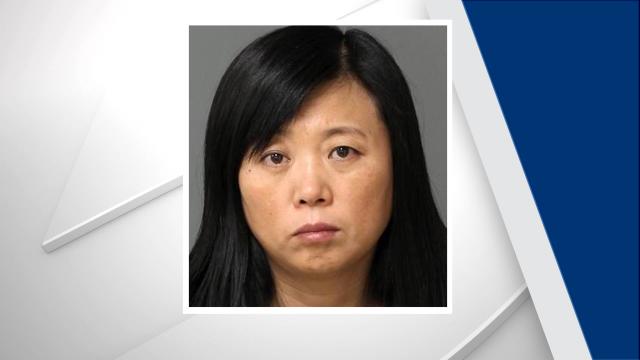 Knightdale Police Chief Lawrence Capps said his department has received complaints about the two businesses for more than a year, and two hair stylists who work at a salon two doors down from Zen Massage said the business had "a weird vibe."

"You see older men, younger men coming in and out. You’re like, what are they doing down there?" Kimberly Lloyd said.

"It would be like cars in the later part of the evening that would come in the parking lot and go in trying to be discrete," Brooke Ronsley said. "It was just strange. I could tell it was something that shouldn’t have been going on."

Massage parlors have been a haven for human trafficking across North Carolina and in many other states, according to authorities.

A new state law designed to crack down on human trafficking gives the board more authority to vet licensees in North Carolina and hold the owners of illicit massage parlors accountable. It also gives police more power to shut down businesses with license issues.

Knightdale police brought in advocates from Salvation Army’s Project Fight and Justice Matters, which both specialize in supporting human trafficking victims, to assist in the investigation.

"Paying for sexual favors is not a victimless crime," Capps said in a statement. "We cannot condition ourselves to believe it is harmless or that the girls and young women working in these illegal establishments are there by choice."