Fayetteville, N.C. — Gift cards that were to be part of an auction to raise money for cancer patients were stolen recently from the Cape Fear Valley Cancer Center in Fayetteville, police said.

Barbara Flowers, 71, of Fayetteville, was arrested and is facing several counts, including breaking and entering, larceny, possession of stolen good and obtaining property by false pretenses, police said Friday. It was not immediately clear if Flowers was an employee or visitor to the cancer center.

She was booked into the Cumberland County Detention Center and released on a $20,000 unsecured bond, police said in a written statement. 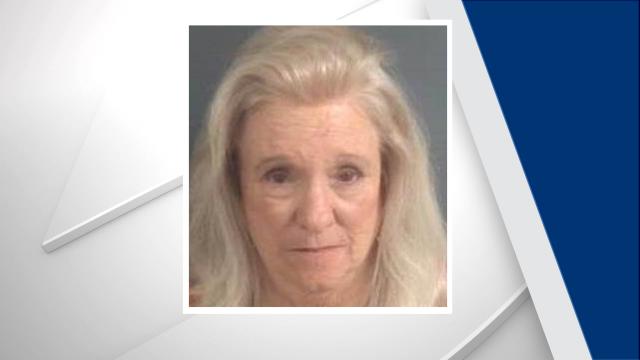 The cards were in gift baskets locked in glass display cases in the lobby of the cancer treatment center, and police said that, between Jan. 19 and Jan. 22, someone gained access to the cases – apparently with a key because there was no sign of forced entry.

The thief or thieves made off with more than $900 in gift cards to local businesses, such as Chris's Steak House on Raeford Road, where someone used a card for $100 in food.

"It hurts because we love our patients like they're our family members," said April Bratcher, physician office manager at the cancer treatment center. "When they come into the cancer center, we love on them, and to have someone steal something from the cancer patients is very heartless."

Fayetteville police initially said they wanted to question a couple in the case, but they later said they didn't need to speak with the couple, and no charges were filed against them.

Some of the stolen gift cards have been replaced by merchants who found out what happened, but others could not be replaced, officials said.

"The money that we raise goes back to our cancer patients for our Ribbon Walk, and we use those funds to help with mortgages, give gas vouchers, (pay) light bills, utility bills, anything that they need while they're getting treatment," Bratcher said.

"We're trying to help our patients every day to get through this as easily as possible. They don't need issues like bills to pay or medications to buy," said Michelle Gereghty, a nurse at the cancer center.

The gift baskets will be auctioned at noon Feb. 9.