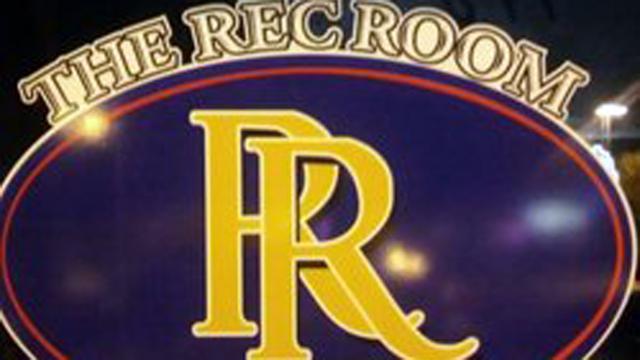 SEATTLE — The FBI is helping investigate an attack by several suspected white supremacists on a black disc jockey at a tavern in Washington state over the weekend, authorities said Monday.

Seven men and a 25-year-old Raleigh woman were arrested for investigation of assault, hate crimes and other allegations early Saturday in Lynnwood, according to the Snohomish County Sheriff's Office.

Investigators said the group entered the Rec Room Bar and Grill, tried to take over the DJ's equipment, then beat him and stomped him while shouting racial slurs.

They also injured an Asian man who came to the DJ's defense, the sheriff's office said. The DJ was treated at a hospital for a swollen eye and other non-life-threatening injuries.

"The violent behavior directed at members of our community over the weekend simply because of their race is disgusting," Snohomish County Sheriff Ty Trenary said in a news release. "The Sheriff's Office is partnering with the FBI in hopes of getting the strongest sentencing possible for these hate crimes."

Court papers identified the suspects as being affiliated with the Aryan Brotherhood. They were due to appear in court by video from the Snohomish County Jail in Everett on Monday afternoon. It was not immediately clear if they had obtained lawyers. Prosecutors have until Wednesday afternoon to file charges.

Authorities say they believe the group, which included people from Washington, Pennsylvania, North Carolina, Illinois and Oregon, was in Washington state to mark the anniversary of the death of white supremacist leader Robert Jay Mathews.

Mathews led The Order, a white separatist group, until he was killed in a shootout with the FBI on Whidbey Island, north of Seattle, in 1984. His followers refer to the anniversary as "Martyr's Day."

Among those arrested was Travis David Condor, a former soldier from Pittsburgh who was previously sentenced to 90 days in jail for beating a homeless man with a baseball bat in Cincinnati.

According to the Southern Poverty Law Center, which tracks hate groups, Condor runs the hate music record label American Defense Records, and he was photographed attending the "Unite the Right" rally in Charlottesville, Virginia, last year, which turned deadly when James Alex Fields Jr. rammed his car into a crowd of counter-protesters.

The attack on the DJ came just hours after a jury on Friday convicted Fields of first-degree murder and other charges.

A message left by The Associated Press on Condor's phone Monday was not immediately returned.

Deputies responding to a 911 call at the tavern said they saw several people trying to flee in a white pickup; the driver refused orders to stop. They later pulled over the vehicle and arrested the six people inside, including Condor and Randy A. Smith, 38, of Eugene, Oregon. Smith's hands were bloody, a deputy wrote in a probable-cause statement.

Two other suspects were arrested after being found in another car that had left the bar, authorities said. The driver of that vehicle, identified as Vincent B. Nutter, 28, of Bothell, was arrested for investigation of driving under the influence in addition to allegations related to the assault. He refused to submit to breath or other tests, court documents said.

Nutter has a lengthy criminal history in Washington which includes drug and gun offenses. In 2013, he was arrested following a manhunt that involved helicopters and police dogs; he eventually climbed 40 feet into a Douglas fir tree and surrendered only after firefighters blasted him a few times with a fire hose, according to an account in The Daily Herald newspaper of Everett. He was sentenced to six years in prison.

The other suspects arrested were:

Northcraft did not participate in the assault but did yell slurs and threats and thus was arrested for investigation of malicious harassment, the state's hate crime law, deputies said. A message to a phone number listed for her was not immediately returned.

The suspects were being held on $15,000 bail, except for Colwell, who was released on his own recognizance, according to the Snohomish County Prosecutor's Office.