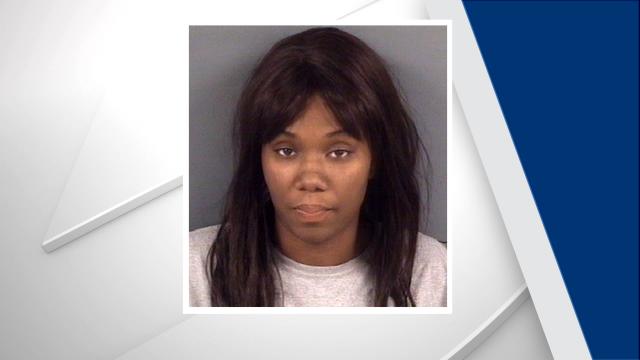 Fayetteville, N.C. — A Fayetteville woman who was filling out paperwork at the Cumberland County Courthouse on Tuesday will have to return there soon to face child neglect charges, police said.

Brianna Stewart is accused of leaving three children, ages 3, 2 and 1, in a car outside the courthouse on Tuesday afternoon while she was inside for at least 20 minutes, police said. The car was running, with the key in the ignition, at the time, police said.

The 3-year-old hopped out of the car, walked across a "high-traffic area" on Dick Street and went into the courthouse to look for Stewart, police said.

Cumberland County deputies found the youngster first and then found the car with the two other children inside, police said. The 1-year-old wasn't wearing any pants and was sitting in a urine-soaked diaper, and two of the children didn’t have car seats, police said.

Stewart, 23, of the 6400 block of Pittsfield Drive, was charged with three counts each of child neglect and contributing to the delinquency of a minor. She was released on a $3,000 unsecured bond.