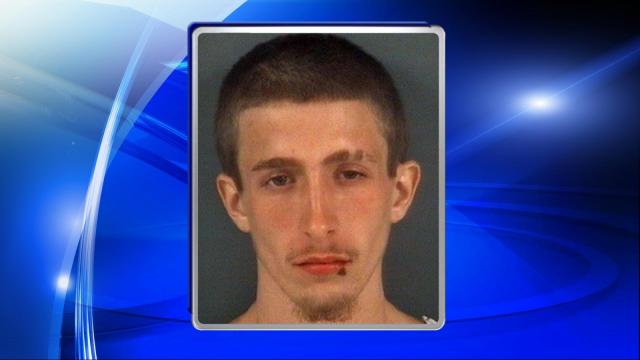 Fayetteville, N.C. — A Fayetteville man was arrested Tuesday in connection with two recent robberies after calling police to report being shot at.

Fayetteville police said officers responded to the area of Morganton Road and Skye Drive at about 9:30 p.m. in reference to a man reporting that he was being shot at.

Upon arrival, officers located Robert Harlon Tippett, Jr., 19, of the 3800 block of Chicken Foot Road, and realized he was under the influence of narcotics and hallucinating, police said.

Authorities said Tippett was taken to Cape Fear Valley Medical Center for evaluation and, while there, spontaneously stated that he was the robber passing notes to employees at a Subway restaurant.

Police said officers responded to a Subway restaurant at 1677 Owen Drive Sunday at 11:36 a.m. in reference to a reported robbery. Investigators said a man entered the restaurant, approached the counter, and handed the employee a note demanding money.

Police said officers responded Tuesday at 12:36 p.m. to a similar robbery at Baldino’s restaurant at 3018 Ft. Bragg Road. Investigators said that a man approached the counter and handed an employee a note demanding money before fleeing with an undisclosed amount of cash.

Tippett was being held at the Cumberland County Detention Center under a $55,500 secured bond.