Fayetteville, N.C. — A man accused of shooting and killing his neighbor after an attempted break-in has been charged with manslaughter.

Justin Ryan Hepburn, 30, of Cain Road in Fayetteville, was charged with voluntary manslaughter in the Monday shooting death of Cordell Spruill, 40, who tried to break inside Hepburn's apartment. 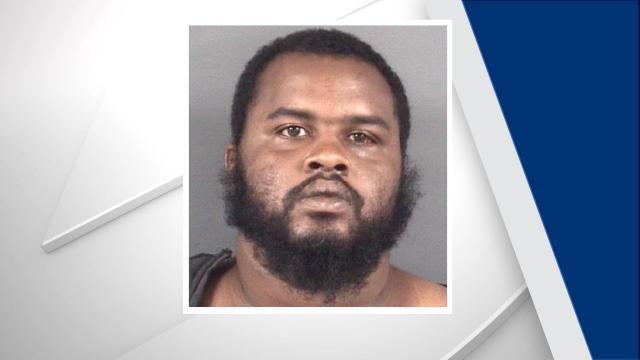 Hepburn was taken to the Cumberland County Detention Center and released on a $100,000 unsecured bond.

On Monday around 6:15 a.m., Fayetteville officers responded to a reported break-in at Hepburn's apartment in the 1000 block of Cain Road.

Investigators said an someone called 911 while Spruill was trying to get inside. Another resident shot at the intruder.

"While the 911 taker was still gathering information, one shot was heard and a female screaming," Fayetteville police spokesman Michael Bohannon said.

According to police, Spruill fled the scene. The armed resident followed him to the intersection of Cain Road and Rogers Drive. A fight occurred, and more gunshots were fired.

Spruill was shot multiple times and taken to Cape Fear Valley Medical Center, where he died.

Police said there were at least seven people inside the home when Spruill tried to break through the back door.

Neighbors said the shooting stemmed from an ongoing conflict between Spruill and his neighbors.

"It wasn't a burglar, you know. This guy has been terrorizing a couple of the neighbors here," neighbor Mark Irvin said, citing damage to cars and other property.

"It's just been an ongoing thing. It's sad that a life had to be lost in this situation, but it was just a lot going on with that guy," Irvin said. "I feel for my neighbor because, you know, he's got a family."

Family members outside the apartment Monday said residents had called police to the apartment complex on multiple occasions and filed complaints about Spruill.

Anyone with information relevant to the shooting investigation is asked to call Detective A. Caldwell with the Fayetteville Police Department at 910-366-5853 or Fayetteville/Cumberland County Crime Stoppers at 910-483-TIPS (8477).