Police: Fayetteville cop's sex offender husband gets her in trouble with the law 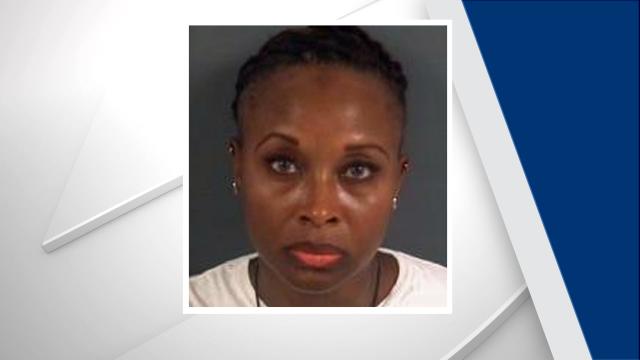 Fayetteville, N.C. — A Fayetteville police captain was arrested Thursday for failing to tell on her husband, a registered sex offender.

Capt. Tracey Bass-Caine has been charged with three counts of failure to report noncompliance of a sex offender after police said her husband, who is a registered sex offender, attended community events that were in violation of sex offender registry restrictions.

According to the Cumberland County Sheriff's Office, Bass-Caine's husband, William Augurson, 47, attended a Jack and Jill event at the Cape Fear Botanical Garden on Feb. 25, an awards ceremony at Village Baptist Church on May 18 and the Cross Creek Got Talent event at Westover Recreation Center on Aug. 10 with his wife. The events were primarily intended for children, authorities said.

Augurson was charged with being in violation of the sex offender registry by unlawfully being on protective premises. He was being held at the Cumberland County Jail under $30,000 secured bond.

Bass-Caine was out on $30,000 unsecured bond Thursday night.

Bass-Caine and Augurson are both scheduled to appear in court Friday.

Fayetteville police said Bass-Caine has been placed on paid administrative leave pending an investigation by the department’s Internal Affairs Unit.