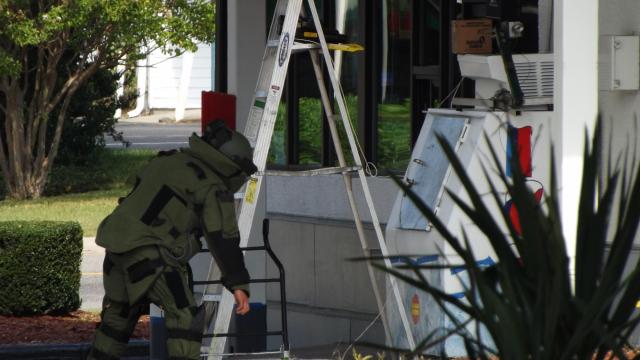 Aberdeen, N.C. — A suspicious package with threatening writing scrawled on the outside forced the evacuation Saturday of an Aberdeen convenience store but was later deemed to be a hoax, according to The Aberdeen Times.

The Aberdeen Police Department responded around 8:30 a.m. to the Quality Mart convenience store on U.S. Highway 1 to reports of the suspicious package. Officials evacuated the store and a breakfast restaurant next door and closed off major roads in the area to investigate, the newspaper reported.

Police officials called in bomb technicians from Fort Bragg to inspect the package, and a specialist determined the package was not a threat.