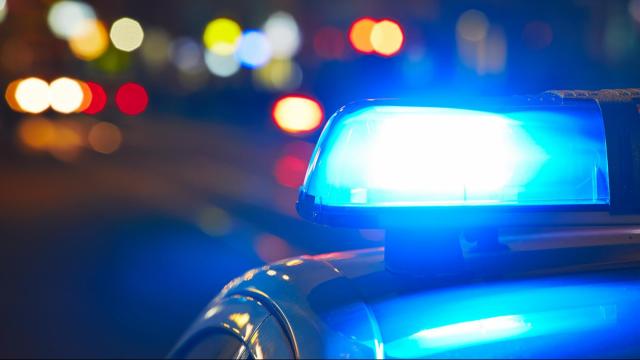 Goldsboro, N.C. — A Wednesday night police chase ended with a car crash at a Goldsboro bank.

Around 10:15 p.m., police officers attempted to stop a GMC truck on Ash Street because the driver didn't have his headlights on. When police turned on their blue lights, the truck sped away.

The driver led officers on a chase onto U.S. Highway 117 and U.S. Highway 70 before exiting at Wayne Memorial Drive. The driver eventually turned back onto Ash Street, where he lost control of the truck. The truck struck the curb and rolled over, coming to a rest against the side doors of First Carolina People’s Credit Union at 201 East Ash St.

No damage was reported at the bank.

The driver of the truck, identified as 19-year-old Logan Deonte Smith, was ejected from the truck, and officers had to help a 16-year-old passenger out of the wreckage.

Both were transported to Wayne UNC Healthcare. An update on their conditions was not provided.

During the chase, a handgun was thrown from the truck. It was recovered later in the median on U.S. 117.

The 16-year-old was charged on a juvenile petition with possession of a firearm by a minor and carrying a concealed weapon.