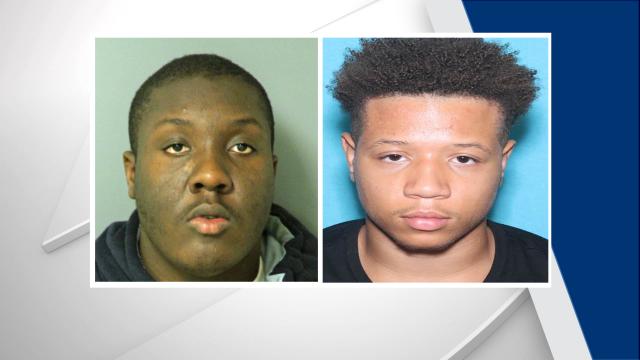 Wake Forest, N.C. — Two men wanted in connection with 25 car break-ins turned themselves in to Wake Forest police on Tuesday.

According to police, the 25 break-ins occurred between Nov. 30 and Dec. 2. After a brief search for the suspects, Glendale Shavon Moody and Ke-Land Carlek Williamson, both Wake Forest residents, turned themselves in.

Williamson was charged with 17 counts of felony breaking and entering a motor vehicle, 12 misdemeanor larcenies and two felony larcenies.

Additional charges have been filed against an unnamed 15-year-old who is also believed to be involved.

Police said charges against the minor include 22 counts of breaking and entering a motor vehicle, 15 misdemeanor larcenies and 2 felony larcenies pending authorization from Juvenile Services.

Anyone with information is encouraged to call the Wake Forest Police Department Tip Line at 919-435-9610.