Fayetteville, N.C. — An exchange of gunfire broke out after two intruders stormed into a Fayetteville home on Wednesday night on the 6300 block of Milton Drive.

Justin Jackson, who lived in the home, died on the scene after trying to return fire on the intruders with his own firearm. His 16-year-old daughter was shot in the leg and taken to the hospital.

Police are asking for the public's help identifying one of the men involved in the incident. They ask for information on the man wearing the black face mask and a black T-shirt with a 'BROKE' logo. 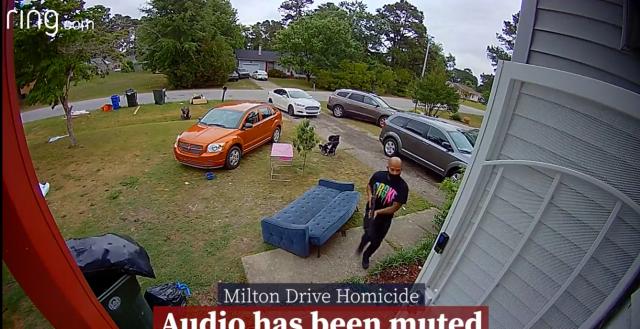 The other man, in yellow neon shoes, has been identified as James Edward Corbett. Police said Corbett was taken to a hospital in Hoke County where he died after being shot in the incident. 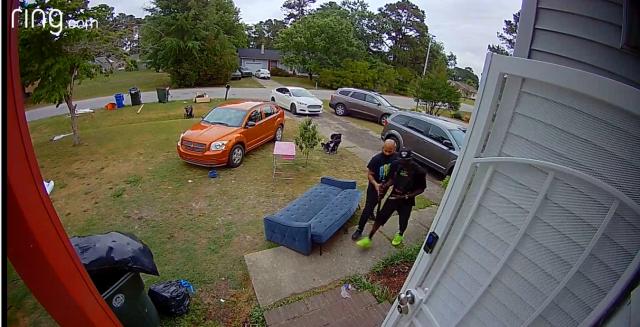 Jackson's daughter was expected to be released from the hospital on Thursday.

"I don't know why anyone would shoot him," said Hair. "He would literally do anything for you."

Eugene Gould, who lives two doors down, said he heard as many as nine gunshots.

He says along with the teenage daughter, Jackson had several small children.

It's unclear if any of them were home at the time.

For much of the day, forensics detectives gathered evidence around the home and searched this Buick SUV in the driveway.

The neighbor said Jackson lived here for several years and worked in construction.

Detectives are still working to determine if the man dropped off at the hospital was involved in the home invasion.

Police believe the house was targeted specifically, and they do not believe the public is in danger.

Hair said two intruders also broke into Jackson's house a couple of weeks ago, but he says he doesn't know what led to the violence.