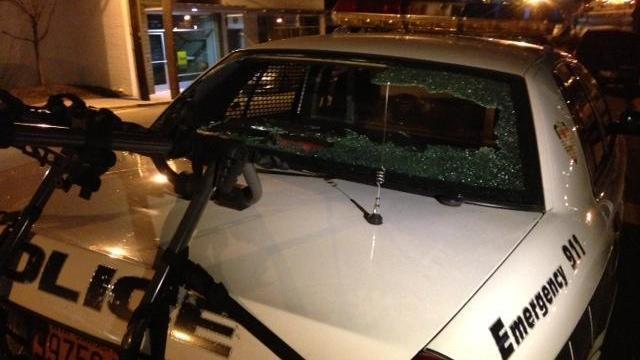 Durham, N.C. — Police said Friday that people protesting the death of a Durham teen in police custody caused $5,000 in damage to patrol cars and a substation last weekend.

The Sunday night protest march marked the two-month anniversary of the death of Jesus "Chuy" Huerta. Shortly after his Nov. 19 arrest on an outstanding trespassing charge, the 17-year-old shot himself in the face while sitting in the back seat of a patrol car with his hands cuffed behind his back.

The teen's death has prompted outrage in the Durham community, and about 120, many of whom wore masks, marched to a Durham Police Department downtown substation. There, some people shattered windows of the building and patrol cars with rocks, poured ketchup on the cars and spray-painted the word "pig" on at least two vehicles.

Police said providing security during the march and its aftermath cost the department another $17,000 in overtime.