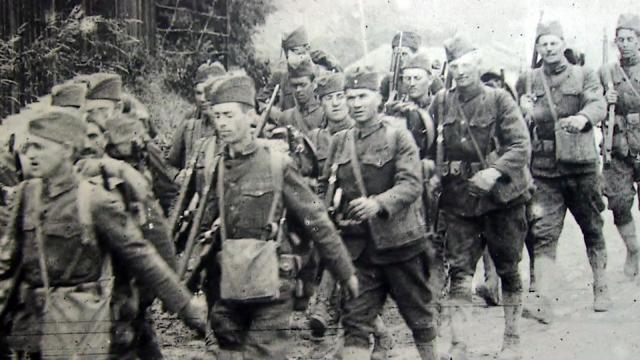 In 1917, the 82nd Division was born. Its members came from all 48 states, earning it the nickname "the All-American Division." It was represented by the double A shoulder patch. In August of 1942, the unit became the first airborne division in the U.S. Army and fought gallantly during World War II.

The division plans to start telling its storied past online next Tuesday through the "All American Legacy Podcast."

Inside the division's museum on post are pieces of memorabilia that link the unit to historic events, such as the 1989 jump into Panama that ousted former President Manuel Noriega.

"We talked to one paratrooper, it was his first jump in the division – a combat jump at 500 feet into Panama," Buccino said. "His only previous jumps were at airborne school."

The podcast will also feature interviews with members of the Triple Nickels, the Army's first all-black parachute company. It broke the color barrier a year before President Harry Truman signed an order desegregating the armed forces.

The 82nd Airborne is known as America's Guard of Honor. Members have the ability to pack their equipment on airplanes and be off to any location in the world within 18 hours.