Plot to Smear Mueller Unravels as FBI Is Asked to Investigate 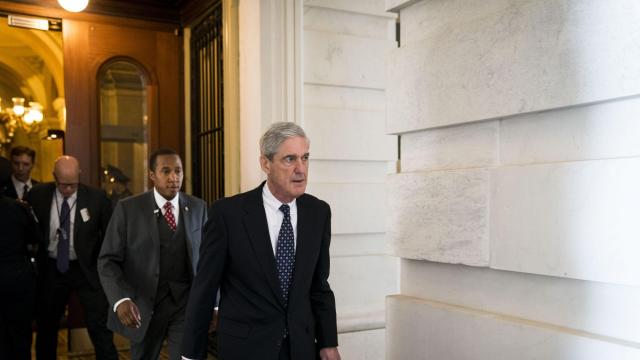 WASHINGTON — The office of the special counsel, Robert Mueller, has asked the FBI to investigate what appears to be an effort to smear him, stemming from suspicious emails offering women money in exchange for fabricating sexual misconduct claims against him.

“When we learned last week of allegations that women were offered money to make false claims about the special counsel, we immediately referred the matter to the FBI for investigation,” Peter Carr, a spokesman for the special counsel’s office, said in a statement Tuesday.

The plot appeared to be the latest, and one of the more bizarre, in a string of attempts by supporters of President Donald Trump to discredit Mueller’s investigation as a hoax and a witch hunt. Mueller is investigating whether any Trump associates conspired with Russia’s 2016 election interference and whether the president tried to obstruct the inquiry. He has secured six guilty pleas and a trial conviction in the 17 months he has overseen the investigation.

As the plan to target Mueller came to light Tuesday, it quickly unraveled as news organizations unearthed gaps and inconsistencies in the allegations.

The plot first came to light through one of the emails referred to the FBI, sent to journalists on Oct. 17 by a woman named Lorraine Parsons who said that a man had contacted her with questions about Mueller because she had worked as a paralegal with him at a law firm in 1974.

She said the man, whom she identified as Bill Christensen and said had a British accent, contacted her a second time and offered her more than $50,000 to “make accusations of sexual misconduct and workplace harassment against Robert Mueller.” To get the money, he said, she would need to sign an affidavit and promised a $10,000 bonus if she did so quickly.

The man added that he was working for Jack Burkman, a Republican lawyer. Parsons said she declined the financial offer and hung up the phone.

She identified herself to at least two news media outlets who received her email as Lorraine D. Parsons of Fort Myers, Florida, but The New York Times could not find her. Though she wrote in the email that Mueller was “always very polite to me, and was never inappropriate,” the law firm where Parsons said she worked alongside him — Pillsbury Winthrop Shaw Pittman, known at the time as Pillsbury, Madison and Sutro — said it had no record of Parsons working there.

Burkman is known for peddling right-wing conspiracy theories. He suggested that Russian hit men killed Seth Rich, a 27-year-old Democratic National Committee aide, during the 2016 presidential campaign and that someone tried to kill him while investigating Rich’s death. Law enforcement officials told Rich’s parents he was most likely killed during a botched robbery.

Burkman did not respond to a message seeking comment. “The allegations of paying a woman are false,” he wrote on Twitter. He also promised to reveal new accusations against Mueller at a news conference Thursday. He once planned and then canceled a similar event where a woman was to accuse a congressman of sexual harassment after, he said, she decided not to go forward with it.

Another suspicious email, first reported by The Atlantic, was sent on Oct. 22 to Jennifer Taub, a professor at Vermont Law School. Sent by a man who identified himself as Simon Frick, a researcher at Surefire Intelligence, he said he was interested in Taub’s encounters with Mueller and was willing to pay for the information.

Taub said in an interview that she had never met Mueller. Taub said she forwarded the email to the special counsel's office and had not yet spoken to the FBI.

Frick also appeared to be a false identity. His LinkedIn profile features a photograph of actor Christoph Waltz. In fact, all the people listed on LinkedIn as Surefire employees have profile photographs of other people — some famous, like Waltz or Israeli model Bar Refaeli — as previously reported by Bellingcat, an investigative website.

Surefire Intelligence appeared to be linked to Jacob Wohl, a young conservative well known in certain political corners of Twitter who has contributed to The Gateway Pundit, a right-wing news site. A Surefire telephone number redirects to Wohl’s mother’s voicemail, NBC News reported. And internet domain records for Surefire’s website are also tied to Wohl.

Like Burkman, Wohl did not respond to a message, but on Twitter, he denied any role in the effort. The news media, Wohl wrote, “has launched a coordinated smear campaign against me.”

The Gateway Pundit posted documents earlier Tuesday that purported to contain allegations against Mueller. But the site’s founder, Jim Hoft, took down the records, saying that the site was investigating them anew and that there were “serious allegations” against Wohl.