Plenty of NC politicos hired McCrae Dowless; they just don't want to talk about it 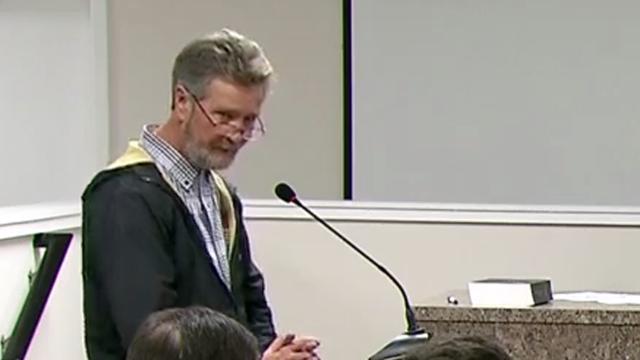 Many of them don't want to talk about it.

At least not since Dowless became the focus of an inquiry into 9th Congressional District results. That investigation culminates Monday with a hearing in front of the State Board of Elections, which may call for a new election.

State Sen. Todd Johnson's congressional campaign hired Dowless in 2016 to do get-out-the-vote work in Bladen County. Johnson came in third that year in the 9th District's Republican primary, but he won 221 out of the 226 mail-in absentee votes cast in the county.

The margin helped convince Harris to hire Dowless to do absentee work for his 2018 run, Harris has said. But only after Harris checked with an attorney to see whether he could contest the lopsided absentee results.

Johnson, a former Union County commissioner, won an open seat last November in the North Carolina Senate. He rebuffed repeated interview requests about Dowless. Campaign consultant Zach Almond hung up on WRAL News rather than talk about it. Johnson's state Senate office said last week that he wasn't interested in discussing Dowless at all.

Waddell, who left the legislature after 2016, hasn't returned calls, and a family member said he likely wouldn't.

Bladen County Sheriff Jim McVicker has declined repeated opportunities to discuss his dealings with Dowless. Records show McVicker's campaign paid Dowless close to $10,000 in the run-up to the 2018 sheriff's election, all for get-out-the-vote efforts. But the relationship may go back further than that.

Dowless and a local sweepstakes parlor operator claimed in documents tied to a federal lawsuit that McVicker's campaign funneled $5,800 cash to Dowless during a 2014 election campaign. McVicker denied the charge in a deposition but also said he was relying on his campaign manager's word to do so.

State Sen. Bill Rabon, R-Brunswick, a key leader in the Senate, used Dowless' Politico Management company in 2014, paying $6,500 for poll workers, campaign finance documents show. This is the company Dowless set up with Jens Lutz, a Democrat who resigned last year from the Bladen County Board of Elections after the 9th District inquiry heated up.

Lutz has said he started the company with Dowless to spy on Dowless' methods, and he filed an affidavit in the 9th District case making a number of allegations about lax ballot security in the Bladen County elections office.

Rabon didn't return an email seeking comment. He walked off an on-camera interview with WECT during a local ribbon-cutting event in December when a reporter asked him about the 9th District controversy.

A pair of state legislators were willing to discuss Dowless' role in their campaigns. Rep. William Brisson, R-Bladen, said Dowless did hauling work for him in 2016, picking up voters and taking them to the polls.

Brisson, who switched from the Democratic Party to the GOP ahead of this 2018 re-election campaign, said Dowless' work "didn't have anything to do with absentees" and that he heard no complaints.

Rep. Brenden Jones, R-Columbus, paid Dowless to work a poll site in Bladenboro in 2016, he said. Jones also said he had no complaints, "other than I lost Bladenboro."

Harold "Butch" Pope, a Columbus County attorney who ran for district attorney in 2010, used Dowless for get-out-the-vote work. He said he had heard from people he trusted that, "if you're going to run in Bladen County, you need to talk to McCrae Dowless."

Pope said Dowless had an encyclopedic knowledge of local politics and precincts. He put up campaign signs and worked the polls, and Pope said he didn't recall any discussion of absentee ballot work.

"I don't really recall him doing anything wrong," Pope said Friday. "I know he worked hard."

Blue's committee paid the Bladen County Improvement Association PAC $1,000 to do turnout work that cycle. The group also did work for the North Carolina Democratic Party. Dowless and attorneys for Republican Gov. Pat McCrory keyed in on the PAC after the 2016 elections, alleging fraud and questioning results.

One of the complaints brought up during a 2016 state board hearing on the matter centered on a couple that came to a woman's door and, she said, collected her ballot. It came out during the hearing that the couple didn't work for the Bladen County Improvement Association – they worked for Dowless.

The revelation took the proceedings in a new direction, and the state board eventually voted to refer what it had found to the U.S. Attorney's Office for the Eastern District of North Carolina.

No charges ever came, and Dowless is suspected of running a much larger version of the same operation during the 2018 cycle.

Harris has said that, when he was staffing up for the 2018 elections, Dowless came highly recommended. He said Marion Warren, who heads the state Administrative Office of the Courts, told him after the 2016 race that he "would have given anything if I could have introduced you to McCrae Dowless before Todd Johnson got to him.”

Warren was a district court judge in and around Bladen County before moving to the AOC, which handles administrative work for the courts system. He recently announced plans to leave the AOC and accompany state Supreme Court Chief Justice Mark Martin to Regent University in Virginia, where Martin will be dean of the law school.

Warren failed to return WRAL News calls about Dowless for weeks. Approached in person early last month, he apologized and agreed to look at an emailed list of questions, but he never responded to those questions.

Warren confirmed, though, that he recommended Dowless to Harris.