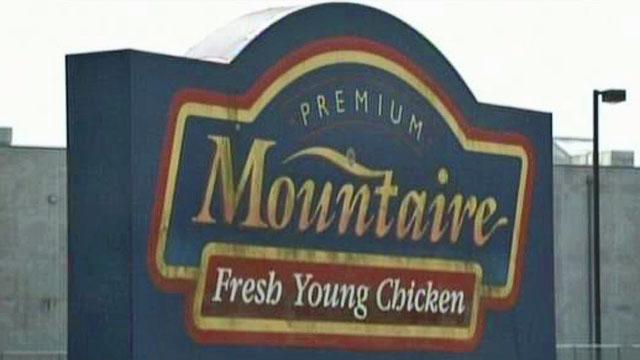 Robeson County Sheriff Kenneth Sealey said it appeared that a high-pressure line ruptured Saturday during maintenance at Mountaire Farms plant, 17269 N.C. Highway 71. As many as 40 people were evacuated as the rupture released anhydrous ammonia gas, which causes burning and swelling of the air passages in the nose, throat and lungs.

Mechanic Clifton Swain, 49, of Fayetteville died, authorities said. Four other workers, whose identities haven't been released, were taken to hospitals. As many as 40 workers were

"We are deeply saddened by the loss of one of our own. Clifton Swain was a valued employee and held in high esteem by his coworkers. Our thoughts and prayers are with his family and the injured employees in the tragic incident," Mountaire Farms said Sunday in a news release.

One worker remained in critical condition Sunday after being airlifting to the North Carolina Jaycees Burn Center at UNC Hospitals in Chapel Hill.

Another victim was still hospitalized at Southeast Regional Hospital in Lumberton. A condition update wasn't available.

Cape Fear Valley Medical Center and Southeast Regional had treated and released the other two victims.

Plant declared safe; cause under investigation

Mountaire Farms said that authorities inspected the plant and it declared safe. The Millsboro, Del.-based company said the plant would return to full operations Monday.

The plant, which employs about 2,500 people, plans to hold an internal employee meeting and provide grief counselors for workers.

Sealey said a preliminary investigation showed that the leak was accidental. The investigation into the exact cause was ongoing, with assistance from the State Bureau of Investigation, federal Bureau of Alcohol, Tobacco and Firearms and the U.S. Occupational Safety and Health Administration.

Nine of those violations were labeled as serious, and some involved standards for controlling hazardous energy and guarding floor and wall openings. Those areas could have something to do with ventilation. Other violations involved noise and sanitation standards.

"We take all OSHA regulations seriously and our priority is to meet or exceed every workplace safety standard or guideline. We have been working closely with OSHA to respond to the issues noted in the 2009 report. Our policy is to cooperate with regulators and work in conjunction with them to provide the safest workplace possible for our employees," Mountaire Farms spokesperson Chris Shigas said Sunday in a statement.

Mountaire Farms bought the plant from Piedmont Poultry in 1996 and doubled production there in three years, according to the company Web site.
SUGGEST A CORRECTION