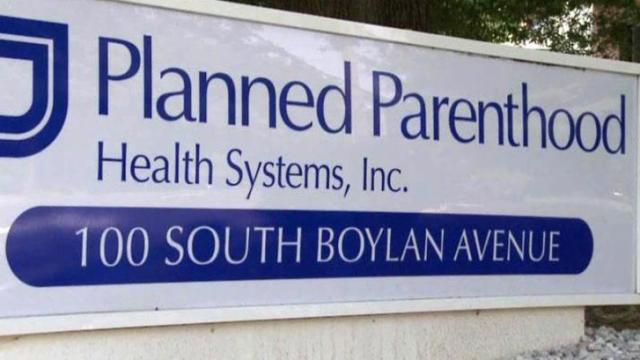 Raleigh, N.C. — Tucked into the 636 pages of the budget document unveiled late Monday is a provision that appears to be aimed squarely at pregnancy prevention programs run by the state's largest abortion provider.

The provision on page 163 would ban the state Department of Health and Human Services from contracting for "family planning services, pregnancy prevention activities, or adolescent parenting programs with any provider that performs abortions."

According to Planned Parenthood South Atlantic Vice President Melissa Reed, the proposal targets her group, the only one in the state that provides both abortion and teen pregnancy prevention services.

"Both programs have been funded repeatedly through an open and competitive process because we deliver excellent results. We consistently have excellent evaluations from the state," Reed said. "Pure politics is only reason Planned Parenthood would be singled out to be banned from competing for these grants."

If those programs are ended, Reed says, there's a good chance teen pregnancies will increase.

"It's disappointing that these political attacks will affect the young people in those communities," she said.

Rep. Skip Stam, R-Wake, a longtime opponent of Planned Parenthood, said he would prefer that teens get pregnancy prevention and sexual education services from other sources, such as public health departments.

"You don't want to have people who are vulnerable, like young women, having to go to abortion clinics to get family planning because they like to sell their product," Stam said of Planned Parenthood. "They make a whole lot more money on abortion than they do on anything else. That's where their big money is."

Reed said Stam's characterization is incorrect. "Actually, the majority of our income is from donations from individuals who care about women's health care," she responded.