Plane with Hillary Clinton aboard returns to gate after mechanical issue 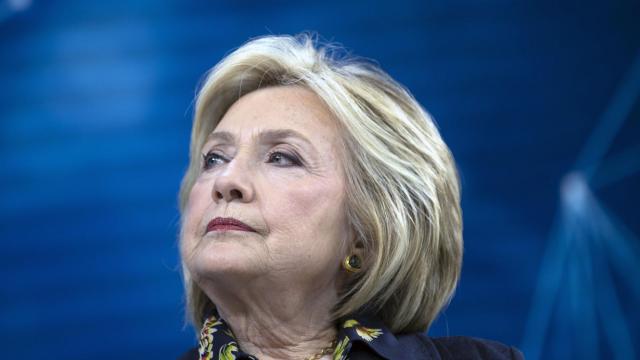 CNN — Hillary Clinton was aboard an American Airlines flight from New York that suffered a mechanical issue and needed to return to the gate Sunday afternoon, according to a law enforcement source.

American Airlines says flight 2144, from New York's LaGuardia Airport to Washington's Reagan National Airport returned to the gate around 3:15 pm, ET, after ground personnel saw the mechanical issue, according to the source.

Pilots told authorities the plane shook and ground personnel saw smoke and discovered metal debris in the area after the incident, which took place hundreds of feet from the terminal, according to the law enforcement source. Passengers boarded a different aircraft and departed for Washington at 4:45 pm, ET, according to the airline.

A representative for Clinton declined to comment. US Secret Service hasn't yet returned a request for comment from CNN.

This story is developing.