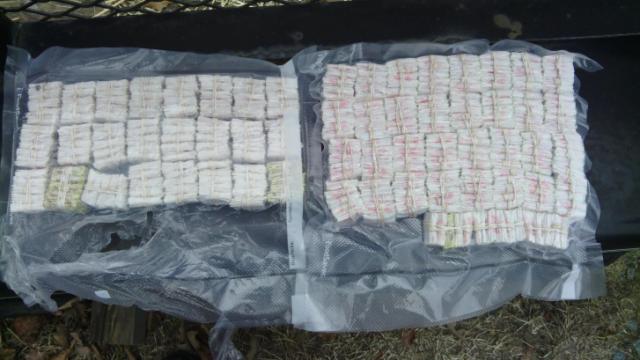 A drug seizure last week that netted 500 dosage units of heroin and $3,500 in cash led detectives to investigate a suspect identified as Maurice Larmont Whichard, 34, of the 1100 block of Chestnut Street in Greenville.

Detectives said they executed a search warrant Friday, with the help of the Greenville Police Department, at Whichard’s apartment and found nearly 3,000 dosage units of heroin and $1,138 in cash.

“Unfortunately, narcotics detectives start to battle the war against one drug and another drug takes its place,” Sheriff Neil Elks said in a statement. “As we crack down on prescription drug abuse, heroin appears to be on the increase. It is cheaper and more easily available than prescription opioids, such as oxycodone.”

He was held in the Pitt County Detention Center under a $5 million secured bond.

Pitt County sheriff’s detectives on Friday also arrested a 36-year-old Whittier woman on drug charges after following a tip on the trafficking of prescription pain pills.

Investigators said they stopped Rogers in her car at the intersection of Black Jack-Simpson Road and Avon Road. A search of the vehicle found 100 oxycodone pills with a street value of $3,000, a 9mm handgun that was concealed in a secret compartment and more than $5,000 in cash.

Rogers was held at the Pitt County Detention Center under a $200,000 secured bond. Detectives said she is awaiting trial on similar drug charges in Jackson County.