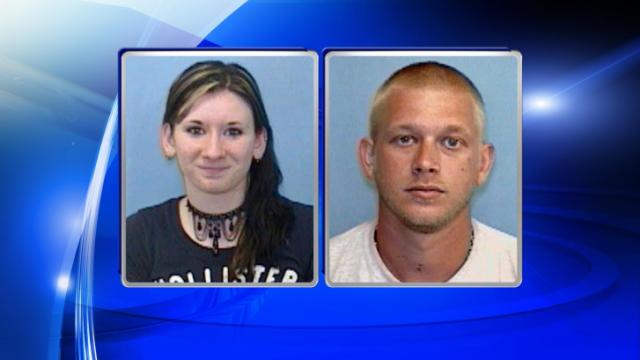 According to investigators, Christian Amanda Tomeski and Thomas John Strickland, both of 2020 Rosson Drive in Pikeville, took Tomeski's 2-year-old son to a pediatric clinic for treatment of bruises on his head, ears and neck.

An examination determined the injuries were a result of physical abuse, deputies said. The boy was then taken to Moore Regional Hospital by his grandfather.

Tomeski and Strickland, who is her boyfriend, told investigators they were the child's only caregivers but denied harming him.

They were released from the Cumberland County jail Wednesday after posting $500 unsecured bonds. They are scheduled to appear in court on Sept. 24.