Jose Daniel Martinez-Ortiz, 40, of Durham, was charged with two counts of assault on a female, first-degree kidnapping, assault with a deadly weapon and breaking and entering. 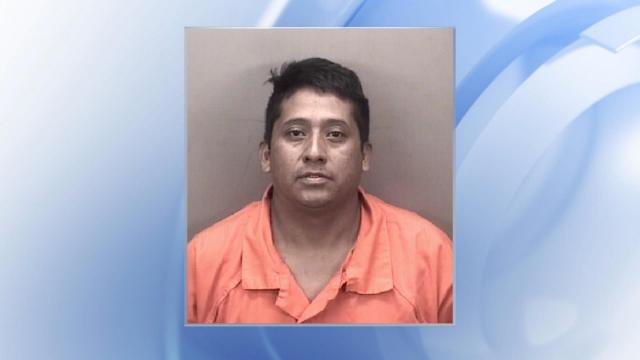 Deputies were called to a home on Longwood Drive in Chapel Hill on Tuesday where a woman said a man attempted to grab her and then punched her in the jaw and stomach.

"Someone did invade the home. It was a single person [and] they were armed with a weapon," said Orange County Sheriff Charles Blackwood.

The woman was able to resist, rip his shirt and run out of the house, according to deputies. Deputies said the man was armed with a knife at the time of the assault and break-in.

"The victim ran across the road to call 911 from their neighbor's home," said Blackwood.

Deputies said during the fight with the woman, the man dropped his phone which was then used to track him down to Durham on Tuesday night.

Blackwood said deputies did not believe there was a connection between the woman and man.

The man was wearing a bandana over the lower half of his face, according to deputies.

The man was taken to Orange County Sheriff's Office.

Blackwood credited the woman for defending her life.

"The resident did what I would hope to be able to do, and that's they thwarted the attack and they fought back," said Blackwood.

Neighbors said they're stunned about the attack.

"It's kind of personal. It could have been us," said Jeffrey Swanson. "We've lived here for almost 20 years and we've never heard about any crime."