Phoebe Robinson’s Work Diary: ‘The Sausage Is Getting Made Very Publicly, but It Makes You Fearless’ 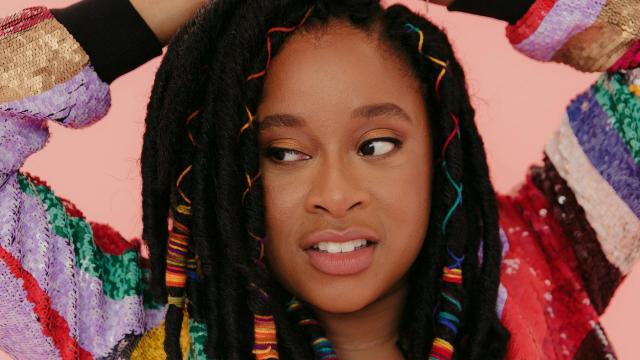 Four years ago, Phoebe Robinson was just another standup comedian. She had regular shows in New York and Los Angeles, but had not broken through. Then she met Jessica Williams, a cast member on “The Daily Show,” and taped an episode of her podcast in a moldy Brooklyn apartment.

Since that moment of instant chemistry, Robinson, an Ohio native, has seemed to be everywhere. In 2015, she and Williams created a hit podcast, “2 Dope Queens,” that spawned a series of HBO specials. The next year, her first book, “You Can’t Touch My Hair: And Other Things I Still Have to Explain,” became a best-seller. Robinson began racking up on-screen credits and accolades (the 2018 movie “Ibiza”; Jill Soloway’s Amazon show “I Love Dick”), started another podcast and wrote a second book, “Everything’s Trash, but It’s Okay.”

Published Oct. 16, “Everything’s Trash” addresses Robinson’s workaholism, among other topics. It is an irresistible mash-up of stream-of-consciousness venting and measured appraisals of everything from white feminism to Bono. Reading it made me gasp, reread the joke, and then maniacally giggle on the subway. Toward the end, Robinson, 34, promises that she is addressing her addiction to work: “I daydream about taking it easier every single day of my life.” We checked in on how that’s going.

10 a.m. Make “2 Dope Queens” announcements on social media, then tape a short video for TheSkimm. I live by and die by Google Cal and Wunderlist. Your girl loves a to-do list and sometimes the first thing I’ll write down on a to-do list is “Start a to-do list.” LOL. It is full trash, but a good way to pretend like I’m getting something started and then cross it off.

10:30 a.m. Hang wall art for an Apartment Therapy photo shoot at home. The artistic mood in my apartment is like “Solange on a budget.” Just hella chill — like there is a giant framed photo of Sade that hangs above the dining room table and reminds bae and me to relax and be chill. But then we have this big plaque of his that we hung that is a work achievement, so it’s nice to remember when something really dope happened.

11:30 a.m. Write standup. I do most of my writing sitting on a couch at home. Writing in a coffee shop feels very cool, but some guy will be like, “Can you watch my stuff while I go do xyz” and now I’m on mall-cop duty, which can distract my flow. Plus I listen to a lot of ignorant music or dad rock, so sometimes I’ll be paranoid that people can hear me having Phil Collins on repeat for an hour.

1 p.m. Workout. Ninety-five percent of my work is creative somehow, but I try to make sure to remember that all of it is connected to make my career sing. It’s like going to the gym. You may go to the gym five times a week, but you’re not doing the exact same thing every time. That’s what it’s like with all these different appointments and creative gigs. They each work a different muscle, which is nice. Hopefully, I’m getting better, faster, stronger. Is that a Daft Punk song?

9 p.m. Do standup.Two comedy shows, back to back. The sets aren’t that long — 15 minutes and 10 minutes. So it’s kind of nice to go out and try some new material and then travel to the next show, make adjustments in my head with jokes, and try them again.

10 a.m. Conference call for potential movie role. This was a FaceTime call with a female director — just getting a feel for each other and our personalities and our working styles. These sorts of calls are cool because there’s no pressure. You either get along with someone or you don’t, so it’s nice to truly just be yourself, talk about Oprah and if the other person isn’t into it, then ya know, that’s OK.

1 p.m. Workout. There’s a small gym in my building. It makes it so easy.

3 p.m. Launch sweepstakes announcements for “Everything’s Trash” book launch. I’m feeling good about the book. I think it’s better than the first one and I hope that people like it. At this point, you just sort of have to accept that you won’t have any control over how people receive it. Just hope for the best, promote it like crazy and then move on. It’s easy to get caught up in trying to make the best-seller list, but it’s like ... writing a book is the achievement. It’s super hard to do and the fact that in the span of three years, I’ve written two books, I’m like, “Yaaaaas Gaga.” The book tour will be exhausting, but I could be a doctor having to deliver bad news, but I’m not. So I try to have perspective and take vitamins like biotin so my Afro will be poppin’.

8 p.m. Comedy set. I’ve been doing comedy for 10 years. I think any time you go on stage, you’re going to have a small part of you that is dreading sucking, but it’s work. That’s all it is. It’s a job and you have to show and do the damn thing. No one in the audience cares about whatever is going on in my head because they paid to be entertained. And ultimately, I’m going to do thousands and thousands of shows in my life. The preciousness of it has to go away.

I don’t run my stuff in a mirror. I just have an idea, a few lines I’ve written down and sort of talk myself through it on stage and then keep refining it and figuring it out. The sausage is getting made very publicly, but it makes you fearless in a way.

7 a.m. Hair and makeup before photo shoots for T: The New York Times Style Magazine and Apartment Therapy. Overall, these shoots are chill. I’m friends with my hair and makeup people (Delina Medhin and Sabrina Rowe), so they make it a lot more enjoyable.

9 a.m. I think I want all shoots to happen at my home now. It’s nice to roll out of bed, walk around barefoot and drink a LaCroix and then shoot and then be like, “OK, everyone leave.”

2 p.m. Post updates on socials about Black Girls Code. I got involved with this organization after I literally just Googled “black owned charities.”

3:30 p.m. Papermag.com interview. I don’t really have to prep for these interviews. Unless you’re talking about something weighted like politics or health-related stuff. You want to know your ish. But when I’m just being interviewed about myself? I’ve lived it. I’ve done the work, whether it’s writing the book or producing “2 Dope Queens” for HBO. Also, my brand is just being myself. So if I’m true to who I am, there’s nothing to prepare.

4 p.m. Seattle Times interview. I think the more you do interviews, the better you get. I know how to answer the question I want to answer. I also have worked on trying to fit in charity organizations that I work with, without feeling forced. That’s a hard thing to do, but padding stuff with jokes makes it easier. Sneak the medicine in with the dessert.

7:30 p.m. Dinner with manager. These dinners are a mix of relaxing and professional. You want to chill with them and hang and catch up. But you also want to get down to work and make sure you’re getting all your bases covered. I like to get work stuff out the way so then you fully enjoy your meal. Who wants to talk deal points re: a contract over a plate of scallops?

10 a.m. Work on speech for Girls Write Now. The organization reached out to me and I was thrilled. Female writers tend to not be supported the way male ones are, so I’m happy to be a part of it and hopefully, put some more eyeballs on what they do.

1 p.m. Workout. I have to go on my book tour next month and I can’t be sick and I have to be alert and in shape enough to be doing 45 minutes of stand-up a night and then signing books after that. Regiment comes with age in my case. It’s just like, “C’mon, dawg. Step it up if you really want it. If not, don’t waste your time.” So I’m just being honest with myself and not worrying about the number on the scale or having a six pack. I just want to be healthy for my bae and my family. Everyone is getting older. We gotta enjoy these years, ya know?