Philippines Says It Will Charge Veteran Journalist Critical of Duterte 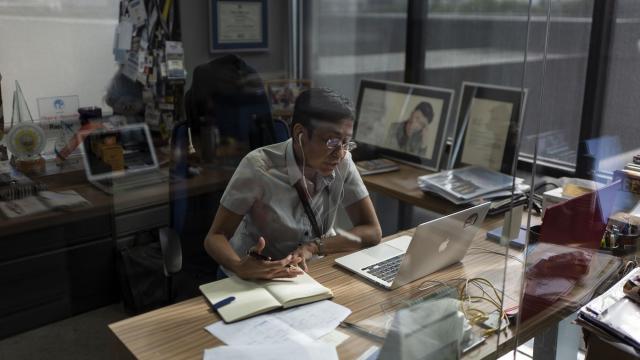 SHANGHAI — The Philippine government said Friday that it would charge a veteran journalist and her online news startup with tax evasion, a move the publication described as an attack against media in the country by the government of President Rodrigo Duterte.

The country’s Department of Justice said it had grounds to indict the startup, Rappler, and its founder, Maria Ressa, for tax evasion and failure to file tax returns.

Rappler denied the charges, calling the case a “clear form of continuing intimidation and harassment,” and accused the government of trying to silence critical coverage. The penalties for tax evasion include a monetary fine as well as up to 10 years of imprisonment.

Speaking from Washington, D.C., where she received an award from the International Center for Journalists on Thursday evening, Ressa said an indictment — which the government has said could come as soon as next week — would have a chilling effect on reporters in some of the most dangerous places around the world.

“This is really transforming our democracy and yet another blow. It is meant for maximum impact of intimidation,” Ressa said Friday.

Since taking office Duterte has threatened to block the renewal of a license for the country’s largest broadcast network, called reporters who ask him tough questions “spies,” and warned that “just because you’re a journalist you are not exempted from assassination.”

Duterte is one of a handful of populist and increasingly authoritarian leaders around the world who have turned on the media and accused reporters of deceit and “fake news,” echoing a phrase used by President Donald Trump.

In the Philippines, some of those attacks have been more literal than rhetorical as Duterte used government institutions and the law to pressure journalists.

The tax evasion case centers on a 2015 investment in Rappler by Omidyar Network, an American organization owned by Pierre Omidyar, the founder of eBay. The financial transaction at the heart of that case is also the subject of a Philippine Securities and Exchange Commission effort to revoke Rappler’s license to operate earlier this year.

Duterte’s hostility toward the publication has been apparent soon after he took office in 2016.

A former mayor from the southern city of Davao, Duterte ran for president as a blunt anti-drug populist. He executed a brutal campaign against drug dealers and users, leading to the deaths of thousands and prompting outcry overseas. Rappler became one of the administration’s biggest critics, writing stories that raised questions about the violence.

Duterte used his first state-of-the-union address in 2017 to single out Rappler, accusing it of being foreign-owned without giving any evidence. Not long after, the country’s Securities and Exchange Commission started an investigation into the ownership structure.

In January, the government revoked Rappler’s license, prompting accusations by rights groups and activists that the speed of the decision showed it was politically motivated. Rappler appealed and continued to operate from overseas.

Rappler has also had to battle an onslaught of misinformation on Facebook — some of it published by officials close to Duterte. The daily grind has weighed on Rappler’s young reporters, many of whom have received personal death and rape threats.

A veteran reporter and former CNN bureau chief, Ressa has covered wars and talked to terrorists, but she described the past two years as the most challenging in her multidecade career.

She has since traveled the world, attending journalism industry events to bring awareness to the battle in the Philippines between the media and the government.

Ressa created Rappler in 2012 after convincing three friends to leave their high-powered jobs at other news organizations. The women shared an optimism that the internet would create a more level playing field and give a platform to those without a voice.

They also had years of experience tackling thorny issues. Ressa, who had negotiated the release of three staff members kidnapped by a Qaida group in 2008 when she was head of ABS-CBN, the national broadcaster, has written two books on terrorism.

Chay F. Hofileña, who is head of investigations at Rappler, has written about media corruption, and Glenda Gloria, managing editor, about military corruption.

They built their careers in the wake of the “people power” revolt that brought down the regime of President Ferdinand Marcos and ushered in Corazon Aquino, the first woman to become president of the Philippines. They have been arrested and threatened with death. A black funeral wreath was once delivered to Gloria’s family door. Lilibeth Frondoso, Rappler’s head of multimedia, was once thrown in prison with her newborn child.

Now the future of Rappler and journalism in the Philippines is less certain than ever.

“Next,” Ressa said, “will be an arrest warrant.”