Pharmacy manager one of two shot at Walgreens after dispute, suspect identified

Garner, N.C. — A pharmacy manager was one of two people shot Thursday morning after an altercation at a Garner drugstore, according to the victim's friends.

Sarah Wright, 31, of Clayton, was listed in stable condition at WakeMed on Thursday afternoon. According to the Walgreens website, she is a pharmacy manager and has worked for the company for 11 years.

Brandon Gordon, 33, of Clayton, was also shot. He was taken to WakeMed, where he was listed in critical condition. 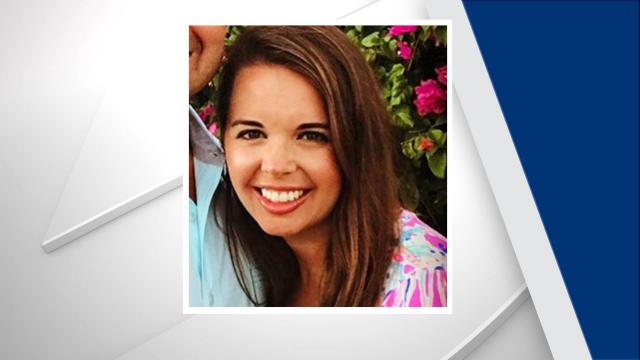 Friends that spoke to WRAL's Amanda Lamb described Wright as "very sweet and very loving." They said said Wright "deals with tough situations with humor. She doesn’t take any punches."

Friends said that Wright has been talkative and has been able to interact with family, medical staff and investigators. She is married to a Johnston County attorney. 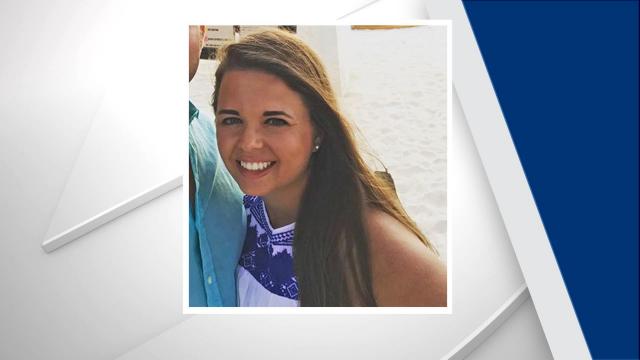 Authorities have not released a motive and it was not clear whether Denning knew the victims.

Family members told WRAL News that Denning had a concealed carry permit and had some type of issue with his medication.

"I am shocked. I couldn't believe it. This is out of character for him," Denning's brother, John, said.

Denning lives withing walking distance of the Walgreens. One neighbor said it would be hard to believe that Denning committed the crimes.

"They might even have the wrong guy because it just doesn't sound like him, nothing. It is that out of character," Corey Darden said.

Raleigh police and Wake County sheriff’s deputies responded to the Walgreens, located at 1116 U.S. Highway 70, where the shooting took place just before 10 a.m. 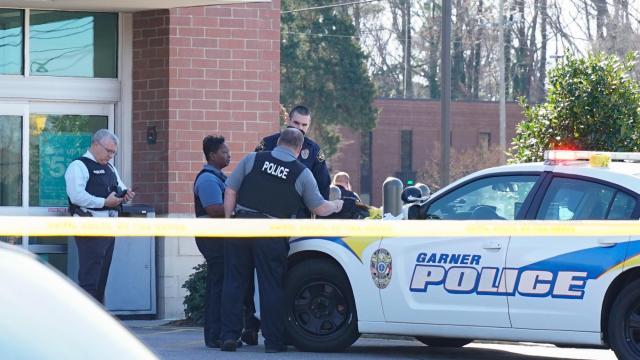 A 911 call made by one of the victims details how the shooting unfolded.

Minutes later, authorities were called to a nearby Golden Corral, located at 3551 Grenelle St. in Raleigh, where Denning was arrested.

Victor Sosa said he was outside a nearby car dealership when he saw police try to stop a speeding blue Hyundai.

Denning abandoned the vehicle and then ran toward the Golden Corral.

“I heard the officers say, ‘Stop what you’re doing, get on the floor, put your hands behind your back,’ Sosa said. “He didn’t cooperate, and next thing you know we hear a couple of bullets fired.”

He was with coworkers at the time, he said, and no one knew what to do.

"The bullets, just hearing that woke us up," he said. "Once we heard that, I just told my coworkers, 'You know what, stand back. If the officer had to do that, it's for a reason. We don't know what's going on, what he has, or what could potentially lead out to another shootout.'"

An official said a Wake County sheriff’s deputy shot Denning. The State Bureau of Investigation is expected to look into the incident, a routine response when a North Carolina law enforcement officer is involved in a shooting.

The official said it is too early to know if that deputy will be placed on administrative leave.

Based on live video from Sky 5, one person was carried out of the restaurant on a medical stretcher, but it was not clear if that was Denning.

"We are assessing the situation and are thankful to the first responders," it continued.

"Our thoughts and prayers are with the victims and all of those who were affected by this unfortunate incident. We are grateful for the quick response of the authorities. The restaurant was closed when the suspect was apprehended and no guests were in danger. We have made counselors available for our co-workers who were in the restaurant. The safety of our guests and co-workers is always our first priority. For any other information, we refer you to law enforcement," the statement said.