Good neighbors can make all the difference. Just ask a Cary couple who was unable to sell their home because of a property-line issue.

For years, Joanne King sought relief for a mistake her closing attorney made. Complicating the problem, King did not get along with her neighbors, who were in a position to help.

Now the neighbors have moved out, King has a 'for sale' sign in her yard, and she is ready to share a tip for anyone considering a home purchase.

"It was a four and a half year process," King said. "But thankfully we have neighbors that were willing to cooperate and do the right thing and help us resolve the situation."

When King bought her home on Cary's Candia Lane, her closing attorney used the wrong deed, not the updated deed that reflected a property line change of 18 inches. Basically, on paper, King's home was too close to the neighbor's property line.

Town land records were accurate; King's deed was not. It created a legal complication that required agreement from both sides. 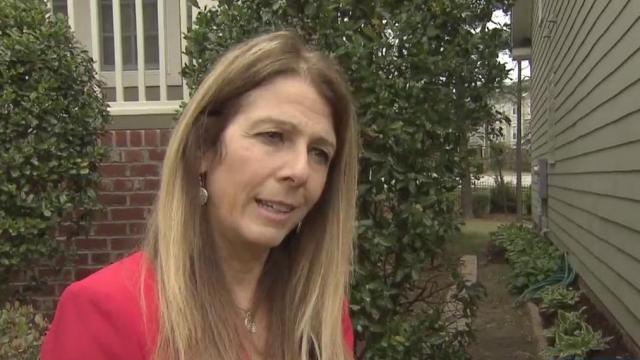 King offered the neighbors $5,000 to settle the issue. They wouldn't cooperate. A sale of her house fell through.

"It's been a nightmare, it really has," King said.

She hired attorneys, with no luck. She even went through her title insurance company, but they didn't cover it.

"We tried everything, and we got nowhere," King said. "As soon as you aired our story, people were coming out of the woodwork trying to help us."

King found another attorney, who is now pursuing legal action against the title insurance company for refusing to cover the dispute.

Perhaps most importantly for King, new neighbors moved in!

"We went over and we spoke to them about our issue," King said. "They said, 'we'll do whatever you need us to cooperate.' That was such a relief, I actually cried when we signed the paperwork."

That paperwork includes new, corrected deeds for both homes.

⅓ cup olive oil (may need more if too dry)

Place all ingredients in a food processor and pulse until smooth.

If too dry, add more olive oil (a little at a time) and pulse.

When ready to serve, top with lots and lots of grated Romano cheese (I like it better than Parmesan).

Joanne cautions: Measurements are approximate and can be adjusted to taste and texture preferences.

"It really wasn't that difficult a fix if somebody would just do what needed to be done, but that was the obstacle," said King.

With the obstacle removed, her home is back on the market, and those neighbors, she says, are a big selling point!

While King was willing to pay up to $5,000 to her old neighbors to remedy the dispute, the new neighbors wanted much less.

"The only thing they asked for was some more of my homemade pesto," she said.

The homemade pesto sealed the deal and ended a years-long property-line dispute.

King's advises all homebuyers to get a survey. That would have flagged the issue before she bought her home.