Teenager’s Death in California Is Linked to Coronavirus 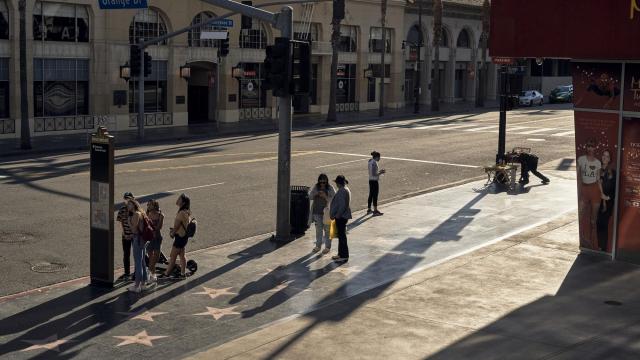 A California teenager whose death was linked to the coronavirus may have been one of the youngest victims of the outbreak in the United States.

Los Angeles County Department of Public Health on Tuesday said the death, of a 17-year-old boy from Lancaster, California, was from the coronavirus. Hours later, it walked back that statement, saying the death would be further evaluated by the Centers for Disease Control and Prevention.

“The case is complex and there may be an alternate explanation for this fatality,” the health department said in a statement.

If the cause of death is confirmed as the coronavirus, it would be the first known instance of a minor dying from it in the United States. Some states, including New York, which has the most deaths in the country, have not reported the ages of most victims.

Gov. Gavin Newsom said half of the 2,102 people who have tested positive for the virus in California are between the ages of 18 and 49. “It is a reminder to everyone to take this seriously,” he said.

The teenager’s case grew more complicated after it was publicized. Just as the government was showcasing it as an example of why people in California should take the crisis more seriously, health officials were scrambling to get to the bottom of what had happened.

Mayor R. Rex Parris of Lancaster said Tuesday that the 17-year-old did not have preexisting health conditions and that he was healthy until he started having acute respiratory problems. He was treated at a hospital that released him without testing for the coronavirus, the mayor said.

“How do you take a kid in for having respiratory problems and you don’t test him?” he said, using a vulgarity. “I am so livid.”

The teenager, whose name has not been released, was then treated at a second hospital, where he died, the mayor said. The positive test results did not come back until after his death, and it was unclear when the test was taken.

“I’m really upset right now. I thought this was a disease that affected people my age,” said Parris, 68. “Now I realize our kids are at risk — that’s something totally different.”

He said that children in Lancaster were now ordered to stay at home and that if they were found outside, they would be taken back to their homes. “We are enforcing the law in Lancaster,” he said. “I will not lose another child.”

On Tuesday, the Los Angeles County Department of Public Health reported three deaths linked to the coronavirus, including the teenager, bringing the total number of deaths in the area to 11. Officials said that two people between the ages of 50 and 70, one with underlying health conditions, had also died.

“Each loss we experience in LA County is tragic, and we are sending our heartfelt condolences to the families and loved ones who’ve had to endure this tragedy,” Barbara Ferrer, director of the Los Angeles County Department of Public Health, said in a statement. “COVID-19 does not discriminate by age, race or income level.”

Officials said 256 new cases had been reported across Los Angeles County over the past two days, bringing the total number of cases there to 662. In the United States, as of Tuesday night, there have been at least 53,478 cases of coronavirus confirmed by lab tests and 714 deaths, according to a New York Times database.

While the risk of dying is significantly higher in older people, data from the CDC on nearly 2,500 of the first recorded cases in the United States has shown that younger adults made up a significant portion of coronavirus hospitalizations.

Children are also at risk. In Georgia, a 12-year-old girl who has COVID-19, the disease caused by the coronavirus, was placed on a ventilator this week. Officials at Children’s Healthcare of Atlanta, where she was in stable condition, said the girl remained in isolation.

In a Facebook post, the girl’s cousin, Justin Anthony, wrote that the girl did not have any underlying health issues and that she had initially received a diagnosis of pneumonia. “For those of you that think that kids can’t get COVID-19 ... Think Again!!!”

The girl’s family, through a representative, declined to comment beyond the post, saying, “We are hoping for good news soon and for her to make a healthy recovery.”

Stephen Morse, a professor of epidemiology at Columbia University’s Mailman School of Public Health, said there was still not enough data to say what effect the pandemic would have on youth. He said, however, that even in an ordinary flu pandemic, some young, otherwise healthy people get very sick or die.

“Unfortunately, we won’t know if this is that sort of rare tragic event, or a trend, until we have more data,” Morse said. “This one has been unusual in that it doesn’t seem to hit young people in the way that other flu pandemics have.”