Police ID woman struck and killed by train in Durham 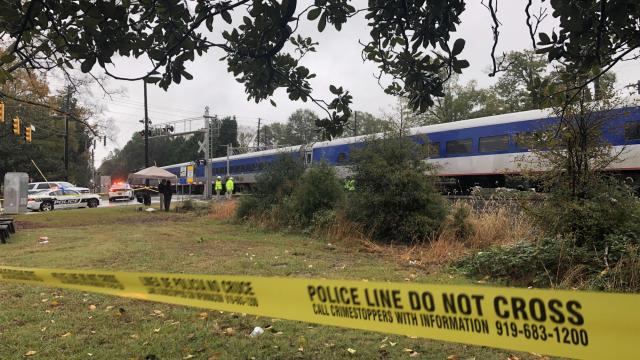 Durham, N.C. — Police have identified the pedestrian who was struck and killed by a train Thursday morning in Durham.

Judy Estrada, 50, of Durham, was walking across the train tracks on Swift Avenue toward West Main Street when she was struck by a westbound Amtrak train, police said in a written statement. Estrada died at the scene. No one on the train was injured, according to police.

It was not immediately clear where she was going when she was struck by the passing train or why she didn't move out of the path of the train.

1 dead after being hit by train in Kenly

Investigators said the train arms had come down and all safety mechanisms were working at the time of the collision.

The train operator had hit the brakes and blown the horn, but was unable to stop in time, police said.