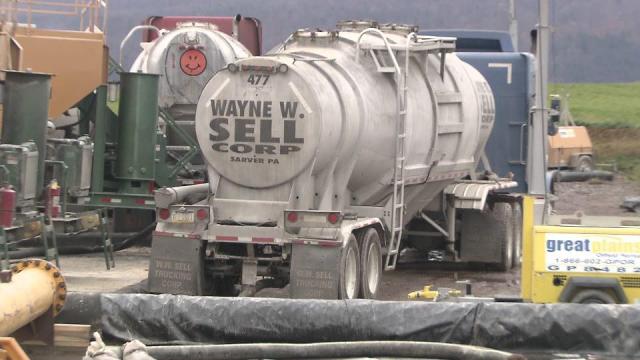 RALIEGH, N.C. — It's unclear how Gov. Bev Perdue will respond to a bill awaiting her signature that would legalize in North Carolina a controversial method of natural gas drilling called "fracking."

"I support fracking for natural gas, because it is part of a comprehensive mix of energy sources that creates jobs, reduces costs for businesses and families, and keeps our economy growing," she said in a statement Wednesday. "Before we 'frack,' however, we need strong safeguards in place which are specifically adapted to conditions in North Carolina."

Last week, the Senate passed a bill to legalize and develop regulations for hydraulic fracturing of gas drilling, which involves injecting a drilled well with chemicals, water and sand at high speeds to crack shale rock and release natural gas.

The state's supply of natural gas is concentrated around Lee, Moore and Chatham counties, but estimates vary about how much might be there and how hard it might be to extract.

Perdue said in her statement that she is concerned that the bill doesn't do enough to protect the state's drinking water or the people of the state.

"Our drinking water and the health and safety of North Carolina’s families are too important," she said. "We can't put them in jeopardy by rushing to allow fracking without adequate protections."

"We saw this as a real threat," said Creedmoor Mayor Darryl Moss, whose town was the first in the state to pass an ordinance against fracking. "We sit in the critical area of the Falls Lake water shed, which means, every day, we are responsible for protecting Raleigh's drinking water."

Opponents worry hydraulic fracturing would damage the water, pollute water to the point it's flammable and allow oil and gas companies to frack under private property.

Rucho has said that he hopes efforts to make the bill bipartisan would help secure Perdue's support.

Perdue released an executive order in May that set her own timetable for examining the fracking process. The order directs a work group to report back to her every six months with findings or recommendations.

Fracking opponents have said if Perdue signs off on the bill, it would contradict her executive order for more study of the issue.

Although legalized, the bill would not allow fracking to go forward until permits are issued in October 2014 at the earliest.

The bill also would create a 15-member rule-making commission to develop rules and regulations.

Proponents previously conceded replacing some oil and gas developers on the board with local governmental officials.

The bill also allows for approximately $250,000 worth of funding for the board and the North Carolina Department of Environment and National Resources.