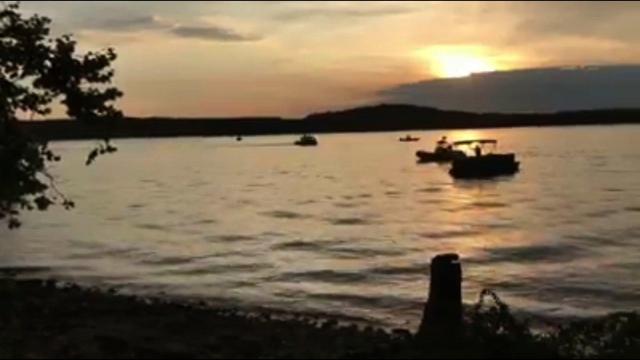 (CNN) — A duck boat capsized and sunk during a severe thunderstorm in Missouri, killing at least 11 people, some of them children, authorities said.

Stone County Sheriff Doug Rader said at least five people are unaccounted for and seven others were injured in Thursday night's incident on Table Rock Lake near Branson.

The boat was carrying 31 people, he said, and dive teams from various agencies are scouring the waters for potential victims.

"It's going to be a challenging night," Rader said. "I believe it was caused by weather, yes."

Video shot by a man in a nearby boat showed two duck boats rocking and tilting to the side as the lake's ripples turned into massive waves. "Oh my God, those poor people, oh no!" someone says in the background as the water appears to swallow the bopping boats.

Ripley Entertainment, the parent company of Ride the Ducks Branson, said it recently acquired the vessel involved in the incident. It said there were other boats on the lake that returned to dock safely.

The amphibious boat travels on both land and water, and is popular among tourists in major cities. The boats' history dates back to World War II, when such boats were a common sight due to their versatility.

The investigation into the boat's sinking will be conducted by the Coast Guard, said Sgt. Jason Pace of the Missouri State Highway Patrol, which is assisting. A team from the National Transportation Safety Board will travel to the scene Friday morning.

Branson was under a severe thunderstorm warning issued shortly before 6:30 p.m. local time, about half an hour before the boat capsized.

There were numerous reports of damage throughout the county, including trees down and structural damage, said CNN meteorologist Taylor Ward. The highest wind gust reported in the area was 63 mph.

Gov. Mike Parson asked for prayers for first responders and those involved in the incident.

Branson is in southwest Missouri, about 200 miles from Kansas City.