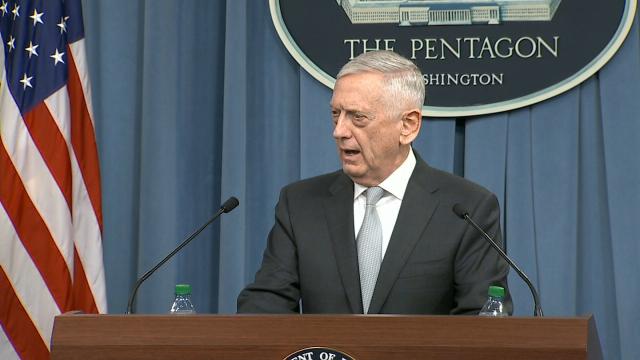 (CNN) — The US military intends to return to the Philippines the famed Bells of Balangiga, captured by occupying US troops more than 100 years ago, a US defense official told CNN Tuesday.

Manila has long sought the repatriation of the church bells, which were taken by US troops in 1901 during a particularly bloody chapter of the Philippine-American War.

The bells have deep significance for many in the United States and the Philippines. Some members of Congress and veterans' groups had opposed their return. Some lawmakers still do.

The defense official said that no specific date has been identified for the return of the bells, but that the Pentagon is committed to a timely resolution.

In 2017, Congress passed legislation lifting a decade-long ban on returning the bells and the Pentagon consulted with various veterans' associations, according to the official.

Congress was notified of the Pentagon's intention to return the bells last week.

However, the congressional delegation from Wyoming, where two of the bells are located, slammed the decision to return the artifacts. The third bell has been kept on a US military base in South Korea.

"These bells are memorials to American war dead and should not be transferred to the Philippines. We oppose any efforts by the administration to move the bells to the Philippines without the support of Wyoming's veterans' community," Republican Sen. Mike Enzi, Sen. John Barrasso and Rep. Liz Cheney said in a statement issued Tuesday.

"While we have respect for the relationship between the United States and the government of the Philippines, we believe that moving the bells establishes a dangerous precedent for future veterans' memorials," they added.

The defense official said that the Pentagon has received assurances from the secretary of national defense for the Philippines and the ambassador that the bells would be returned to the same Catholic Church in Balangiga from where they were removed.

The village of Balangiga was the site of one of the deadliest days suffered by US troops during the 1899-1902 Philippine-American war, which erupted after the US took possession of the islands from Spain following the Spanish-American War. More than 4,300 US soldiers died in the conflict.

Forty-eight US soldiers were killed in an ambush in Balangiga. Years after the attack, surviving US troops said they could still remember the sound of the ringing church bells, which signaled a surprise ambush by rebels. The US military seized the bells after conducting a series of attacks in retaliation.