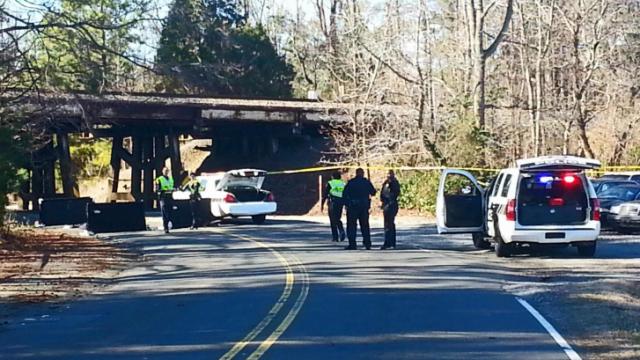 Durham, N.C. — A man was struck and killed by an Amtrak train early Sunday afternoon.

The incident happened at around 12:30 p.m. at the railroad bridge on Neal Road near Hillsborough Road involving the Amtrak Piedmont 75 train traveling from Raleigh to Charlotte.

No injuries were reported among the crew or 80 passengers.

Investigators had not released the man's identity Sunday afternoon or said why he was on the train tracks.

The train was delayed for about three hours while Durham police and Norfolk Southern police investigated. Neal Road was closed between Hillsborough Road and Comfort Lane.

It was later delayed in Greensboro, an Amtrak spokesman said, after it ran over a body there. Further details about that incident weren't available Sunday night.

The accident is the second in the Triangle this month involving an Amtrak train.

Lauren Webb, 21, of Laurinburg, was killed Jan. 2 when the car she was in was hit by a northbound Amtrak Silver Star train in Cary.

Authorities said the vehicle drove around a lowered crossing arm. The driver, Benny Derrick Dimery, 24, was charged with involuntary manslaughter.