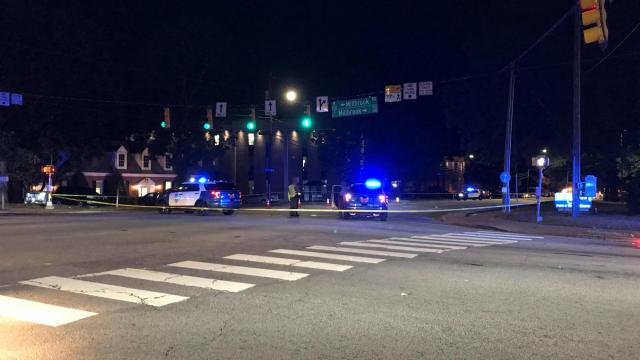 Raleigh, N.C. — Raleigh police were investigating after they said a pedestrian was struck and killed by a vehicle Wednesday night.

The accident happened at Six Forks Road and East Milbrook Road at 7:49 p.m. Melvin David Hargrett was transported to WakeMed Hospital, where he was pronounced dead.

Hargrett's home was about a quarter-mile away, and a Raleigh police report states that he was walking across Six Forks Road in a crosswalk but against a "Do Not Walk" signal. He crossed in front of a Honda sedan that had a green light and was hit, the report states.

"I just saw a man get hit in the middle of the highway," a 911 caller told a dispatcher, "but then the vehicle just kept going."

Police said the driver of the Honda, Kwami Lamel Witherspoon Mills of Raleigh, was taken into custody. No charges had been filed as of Thursday afternoon.

Six Forks Road was blocked in both directions as police investigated.

Anyone with information that might assist the investigation is asked to call Raleigh Crime Stoppers at 919-834-HELP or visit RaleighCrimestoppers.org.