Pedestrian killed after being struck by Amtrak train in Raleigh 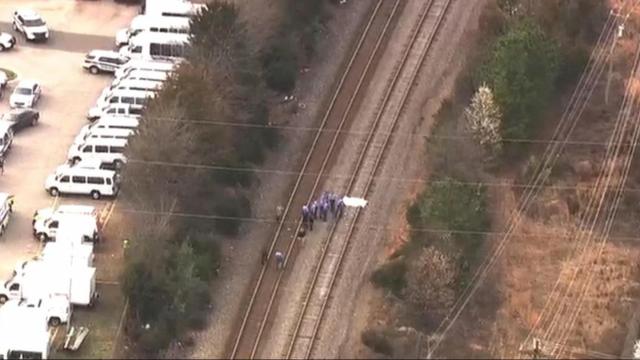 A pedestrian was killed after they were struck Thursday by the Amtrak train that shuttles between Raleigh and Charlotte, authorities said.

The incident occurred at 3 p.m. at Mountford Avenue and South Boylan Avenue around 3 p.m.

A spokesperson for Amtrak said 35 passengers were on Amtrak train 77 when the incident occurred. There were no reported injuries to passengers or crew members, the official said.

Authorities have launched a death investigation as a result of the incident.

It was not clear why the pedestrian was on the tracks. The victim's identity was pending.

The train stopped about 300 feet from the body on the tracks after the incident.