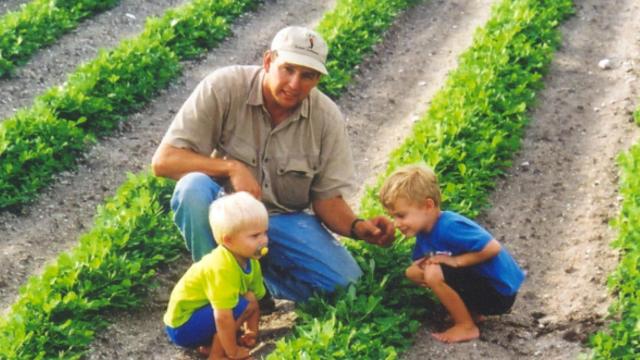 Peanuts have long been at the forefront of sustainable agricultural practices, with environmentalists going so far as to advocate that green-minded consumers eat peanuts on Earth Day.

The amount of water used, the effect on soil, the reduction of animal protein usage and many other factors have led to this green-peanut alliance.

"Sustainable development is development that meets the needs of the present without compromising the ability of future generations to meet their own needs," the United Nations' Brundtland Commission is often quoted as saying.

IHS Global Insight released a "Report on Sustainability" in regard to peanut farming in the United States.

It found that, "U.S. peanut farmers have dramatically improved their environmentally favorable crop production practices over the years." The report further showed "major improvements in efficiencies in Energy Use, Water Use, Soil Erosion, Land Use and Climate (GreenHouse Gases)." 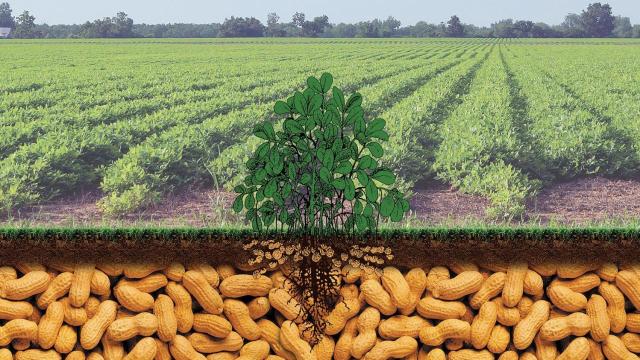 In contrast to some other crops, which strip the soil of its nutrients, peanuts naturally improve the soil that they grow in by adding much-needed nitrogen.

By implementing crop-rotation, peanut crops also rejuvenate the soil, lowering the amount of fertilizer needed for the next crop. Between the soil-friendly nature of peanuts and the conscientious practices of those who grow them, peanuts maintain the health of valuable topsoil on farmland.

Peanuts do well even in dry soil that other crops may not thrive in.

"We have over 1,000 acres of farmland," said Clay Hinnant, who helps operate RJ Hinnant & Sons Farms in Kenly, N.C. "Much of it is sandy soil, but even in dry years, our peanuts will have very high yields."

The Hinnants' farm has seen a lot of success with this low-water crop. They had the highest yields of any peanut farm in 2014, 2015 and 2016 for their county, and say sometimes they produce more during dry years. The Hinnants are even starting a side-business boiling the peanuts now.

"We just irrigate with ponds from our property," explained Jessie Hinnant, Clay's wife. "This makes our farm much more efficient than with more thirsty crops that take a lot of irrigation."

Compared with other protein-rich foods, peanuts have the most efficient use of water and land. The amount of land that would be required to produce one burger for consumption could instead yield enough peanuts for 19 peanut butter and jelly sandwiches.

Almonds necessitate 20 times more water than peanuts do to generate an ounce of edible product, showing peanuts' ecological benefits even compared to other nuts.

More than 30 percent of the U.S. peanut crop is now grown with reduced tillage systems. These agricultural practices decrease the carbon footprint of the farm and increase the ability of the soil to retain water.

Since 1988, their enhanced sustainable crop production procedures have resulted in a significant difference in the size of their footprint in land, soil, energy and water usage.

"American peanut farmers take very seriously their role and responsibility of providing an ample, high-quality and safe supply of a very nutritious food to food manufacturers
and consumers," the IHS Global Insight study concluded. "At the same time, they are outstanding stewards of their land ... land that often has been in their families for many generations."

The overall impact of peanut farming on the environment is much lower than other forms of protein, even other nuts. Soil is protected, land is more efficiently used and much less water goes into the agricultural process. Environmental advocates have taken notice and are recommending peanuts as an earth-friendly alternative source of protein.