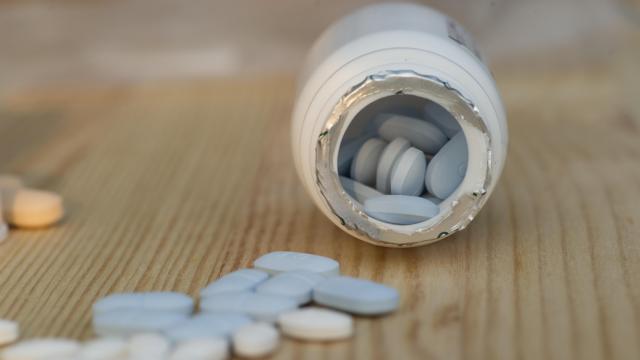 Currently, more than 1 million people in the United States are living with human immunodeficiency virus.

Symptoms of HIV vary based on stage. In the first stage, those affected may experience symptoms like fever, chills, fatigue and mouth ulcers, although some individuals may not show any symptoms, which makes testing crucial.

As the virus progresses and multiplies — if it goes untreated — it could lead to the development of the AIDS virus, or acquired immunodeficiency syndrome.

There are medicines available to treat HIV infections before they progress to later stages. However, some of these medications have caused serious side effects that alter the lives of those taking them.

In 2001, Gilead Sciences released the tenofovir disoproxil fumarate medication, created to treat patients who were HIV-positive. The medication works by preventing the virus from multiplying, which in turn allows a person's immune system to control the infection before it progresses further.

While this medication was a marked breakthrough in HIV treatment, some patients now claim Gilead shelved a safer and more effective alternative to increase their own profits. In particular, TDF medications like Truvada, Viread, Atripla, Complera and Stribild have been connected to serious side effects, such as osteoporosis and kidney disease.

"Plaintiffs allege that Gilead knew about the significant side effects linked to its TDF drugs like Truvada and that the company developed a safer alternative to treat HIV, known as tenofovir alafenamide fumarate. Since Gilead is the exclusive owner of the patent on TDF drugs, they’ve had control of the HIV medication market. By making TDF the only product line available for this type of treatment, the company was positioned to benefit significantly financially," said Ben Whitley, partner at Whitley Law Firm in Raleigh. "Without any other competition in the market, Gilead waited to release the safer version of their TAF drug for almost ten years in order to boost earnings on their patent — knowingly exposing individuals to a number of harmful side effects for years. "

According to those who have used the medication, TDF has been linked to several kidney and bone conditions, including:

While Gilead's medication has been on the market for more than a decade, the first lawsuits weren't filed until 2018. In these lawsuits, the plaintiffs allege Gilead Sciences failed to inform consumers about the potential risks or side effects of their HIV medication. Additionally, the lawsuits also claim the company intentionally withheld the safer TAF medication from the market.

"Gilead risked the health and wellbeing of individuals living with HIV, as well as those using this specific class of drugs for PREP," said Whitley. "The company made sure TDF was the sole option available to those who needed it, and instead of working to better the lives and conditions of those affected, they instead exploited them for their own gain."

For those who have used TDF in the past, there are legal avenues that can provide compensation and closure. Whitley Law Firm in particular can help in litigating these cases.

"For those who have taken TDF-based HIV treatment or for PREP or have loved ones who have and have experienced symptoms like bone density loss, kidney disease, or another complication, it's worth contacting a legal professional for a free and confidential consultation," said Whitley. "The Whitley Law Firm team has in-depth knowledge and experience when it comes to the complexities of seeking legal action against significant pharmaceutical companies like Gilead Sciences."